Lost lizard on the loose in Riverside reunited with owner

KABC
By Rob McMillan
RIVERSIDE, Calif. (KABC) -- In the hills above Riverside, there is plenty of wildlife, but one thing you probably would not expect to find is a crocodile monitor lizard.

Riverside resident J. Craig Williams found the 5-pound, 4-foot-long crocodile in his backyard in the middle of the night.

"Certainly, an odd thing to find in your backyard," Williams said.

Williams said his dogs got excited and ran outside but could not find anything.

"The dogs were really going nuts a couple nights ago," he said.

Williams' 65-pound Labrador mix named Duchess spotted the lizard on top of their back hedge.

"It didn't play dead. It was certainly alive, and as I approached, it gave me this look like, 'Don't do that,' so we backed up," Williams said.

"It did not try to escape when I walked up to it, but it did start to hiss loudly," Hergenreder said. "It sensed I was coming to grab it." 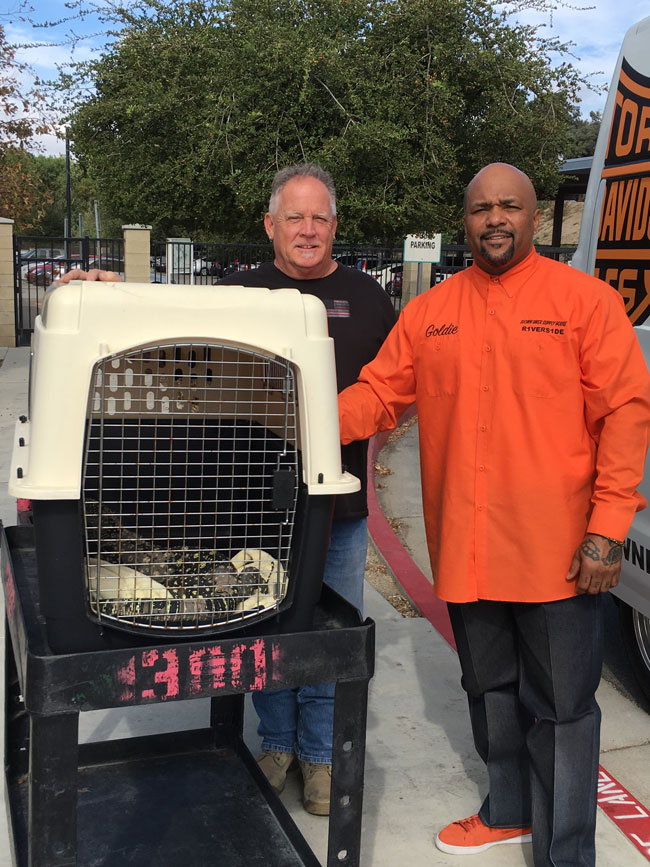 "As you can see it does have some sharp claws, and it does have some pretty sharp teeth in there," reptile expert Kim McWhorter said.
Report a correction or typo
Related topics:
pets & animalsriversideriverside countylizardspetpet rescuelost pet
Copyright © 2021 KABC-TV. All Rights Reserved.
More Videos
From CNN Newsource affiliates
TOP STORIES