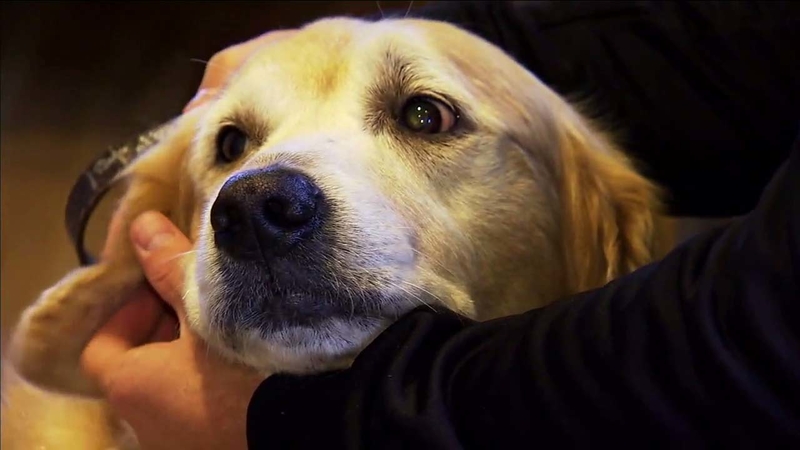 The victims of the Woolsey Fire also include pets. Residents who lost their homes in the fire have teamed up to help pet owners by provide free pet services to all Malibu residents affected by the fire.

Angel's owner says since the Woolsey Fire, Angel hasn't been herself. Dr. John Lupo said he's seen so many animals like Angel lately.

"There's a lot of people and animals that are obviously displaced, they don't have a home to go to -- with all the stress -- there's probably some animals that have not gotten the preventative care that they've needed, vaccines, flea and tick prevention medicines - that sort of thing," Lupo said.

A badly burned rabbit was discovered in Thousand Oaks, California, and admitted to a Ventura County Animal Services shelter. The animal's fur is visibly singed black, his nose and ears are burnt and the area around his eyes is red.

Lupo personally understands the stress the Malibu community is going through. He and his wife Evelien lost their home in the fire -- the couple and their five children wanted to help others also in need.

"Just to be part of a community that's going through such a hard time and showing support to eachother -- just makes it a lot easier," Evelien Lupo said.

Joey Herrick, the president of the Lucy Pet Foundation, teamed up with Lupo and his wife. Herrick's home also went up in flames, but he says one cannot forget about the animals that are also going through trauma after being displaced. Herrick's company is offering free food and treats.

" I think it's great to give back to the community," Herrick said.

She also received two bags of dog food. She hopes the extra food will help her dog recover.

"It's really heartwarming to see that he is opening his place for free stuff for people who lost their house," Effertz said.