KABC
By ABC7.com staff
SIMI VALLEY, Calif. (KABC) -- A 60-year-old Simi Valley man on Thursday was sentenced to 30 days in jail for shooting and killing the mountain lion known as P-38, prosecutors said.

The sentence was handed down immediately after Alfredo Gonzalez pleaded guilty to the unlawful killing of a protected mammal and vandalism to its GPS collar, according to the Ventura County District Attorney's Office.

Gonzalez's sentence also includes 30 days in a work-release program, 240 hours of community service at an animal shelter, three years of probation, and a fine of $150.

The rifle that Gonzalez used to shoot the animal was declared a nuisance by the court and ordered to be destroyed, according to news release from the DA's Office.

Biologists recovered the mountain lion's collar after a "mortality signal" was detected on July 2, 2019.

The cause of death was later determined to be a gunshot wound to the head.
Report a correction or typo
Related topics:
pets & animalsventura countysimi valleymountain lion sightinganimals in perilanimalanimals
Copyright © 2021 KABC-TV. All Rights Reserved.
RELATED 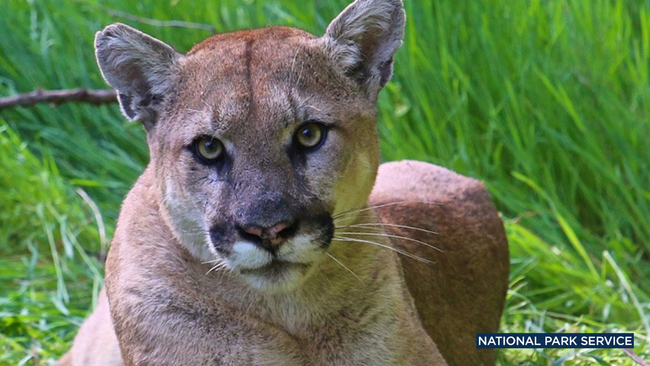