Mountain lion tranquilized outside of Macy's in Santa Rosa

SANTA ROSA, Calif. -- It was the most unusual of sights in Santa Rosa on Monday. A mountain lion was at the mall -- exactly where it did not belong.

The animal was reported at the Santa Rosa Plaza at 5th and B streets.

It was more than a typical intersection Monday morning. It is also where the urban and the wild shared the same space in the form of a mountain lion.

Passers-by first noticed the mountain lion resting in a planter attached to the Macy's store. That's when the excitement began.

At approximately 9 a.m., Fish and Wildlife shot the first of four tranquilizing darts. Then, they waited for the drugs to take effect and for the 50-pound mountain lion to go to sleep. It did.

Once asleep, the experts moved in and carried it away. They released it into the wilderness.

Mountain lion researcher Dr. Quinton Martins, with the Living With Lions Project, described what he saw Monday as a juvenile mountain lion, probably local, and on the search for territory it can call home. It's no easy task.
"They are moving and moving until they can find a gap in the landscape to settle down and that may take a couple of years," Dr. Martins said.

And perhaps, thousands of miles. This mountain lion may have moved into the city to escape an older, more established one. Generally speaking, they pose no threat to humans.

If you were there on Monday, chances are you scared it more than it might have scared you.

Dr. Martins speculates that this creature has been roaming, normal behavior for an 18-month-old mountain lion that has been evicted by its mother.

There is a creek nearby with access to the ever-more-tightly-squeezed local wilderness. "This is perfect habitat for them," said Dr. Martins.

The good news is nobody got hurt.

And urban life goes on after this not-subtle reminder that we weren't here first.

Mountain Lion Captured in Downtown #SantaRosa. Has been tranquilized by Fish and Wildlife, which will return it to the wild. They found it sleeping in a planter outside Macy's at 5th and B Streets, this morning. #abc7now pic.twitter.com/3U8rHsXDdG 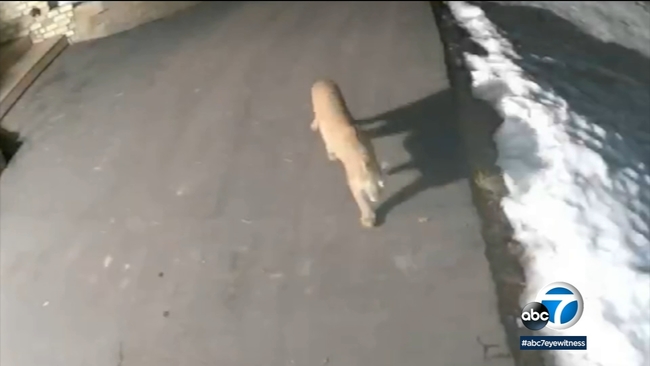 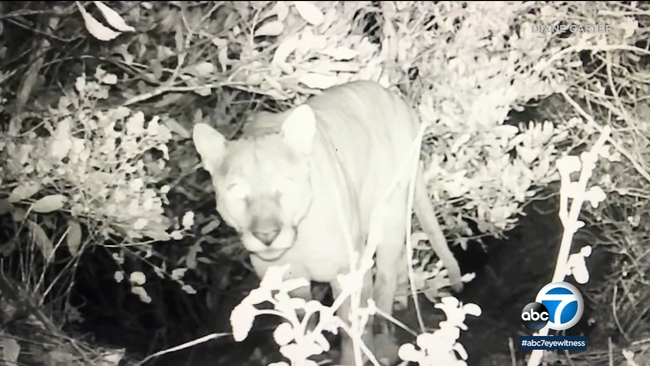 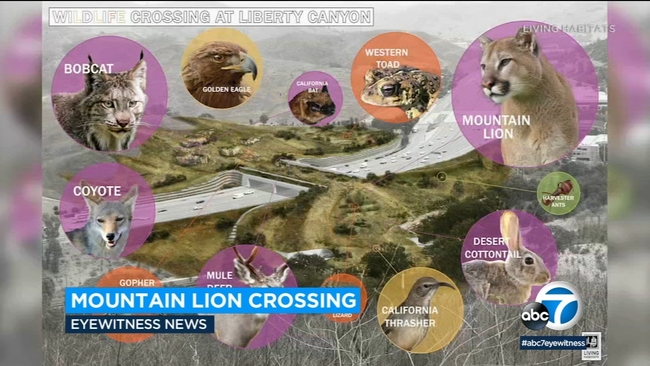 Mountain-lion crossing over the 101 closer to reality