KABC
SANTA ANA, Calif. (KABC) -- A man accused of breaking into an enclosure at the Santa Ana Zoo and stealing a beloved lemur admits he did it. Prosecutors say 19-year-old Quinn Kasbar has agreed to plead guilty to unlawfully taking an endangered species.

"I've thought about it and I can't come up with any good reason for it," said Santa Ana Zoo Manager Ethan Fisher, who still can't figure out why anyone would steal an endangered species.

Isaac, a 32-year-old ring tailed lemur, is believed to be the oldest of his kind in captivity in North America. He is doing fine, nearly a year after he was taken.

Hours after he took the lemur, prosecutors say Kasbar left Isaac at a Newport Beach hotel with a note to return him.

"He regretted his decision within hours of doing it and took steps to make sure that the lemur was returned safely to the Santa Ana Zoo," said Brian Gurwitz, Kasbar's attorney.

"I think this does send a message to other people about, that you shouldn't do things like this, for any animal, or at any facility," said Fisher.

That's not Kasbar's only case. The Newport Beach native also faces 29 felony counts related to a string of home burglaries in his city, during which police say he allegedly took all kinds of items. It was Newport Beach police who linked him to the lemur case.

"During their investigation, they obtained evidence that their suspect was also the suspect in our zoo burglary," said Cpl. Anthony Bertagna of the Santa Ana Police Department.

Kasbar's attorney says he can't comment on the burglary charges because they're still in court on them.

Police said Kasbar can be seen surfing the wedge on an air mattress in a video. They suspect the alleged crimes may have been driven by his thrill seeking.

"Breaking into a zoo is not a normal act, but based on what I'm hearing about his history, I'm not surprised," Bertagna said.
Report a correction or typo
Related topics:
pets & animalssanta anaorange countyzootheftanimal abusekidnappinganimal
Copyright © 2020 KABC-TV. All Rights Reserved.
RELATED 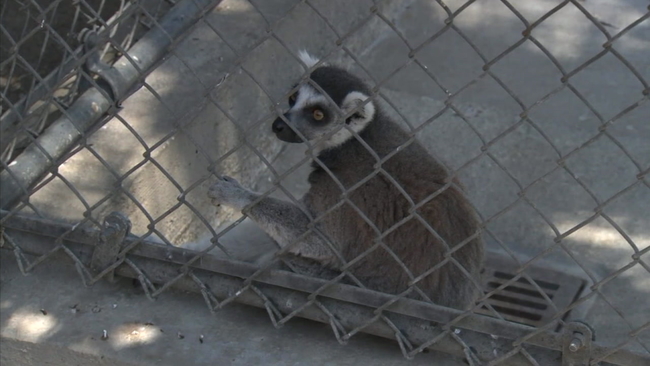