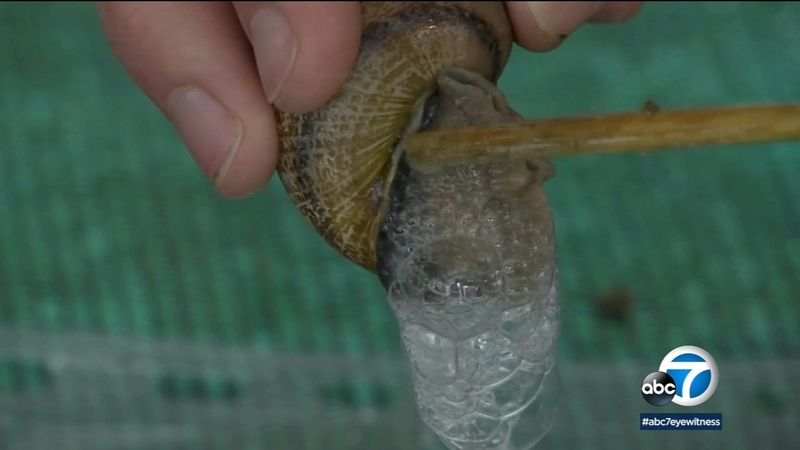 Can soap made from snail slime help fight the aging process?

WAHAGNIES, France (KABC) -- Would you wash your hands with this?

A French snail grower has been making an artisan soap from slime.

To encourage the snails to produce the slime, he says it takes dexterity to tickle them properly. The motion doesn't harm the snail, but it gets them to emit the slime.

Snail grower Damien Desrocher, a former technician in the French air force, raises around 60,000 snails in the northern town of Wahagnies.

He can extract about two grams of slime from one snail. It takes about 80 grams to produce 15 bars of soap.

Although snail mucus remains rare in Western cosmetics, it has become a common ingredient in Korean beauty products. It is believed to provide anti-aging properties because the slime is rich in collagen and elastin.