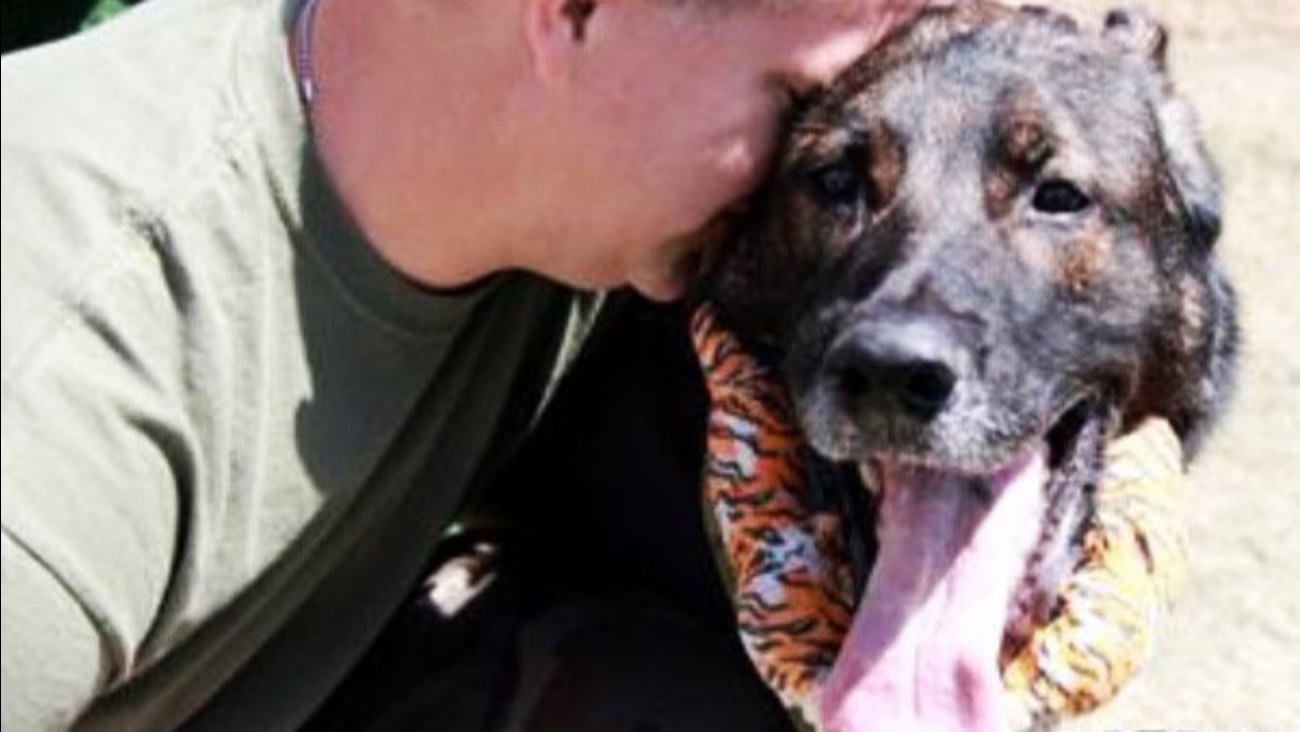 The Anaheim Police Dept. posted a picture of 'Bruno' and handler R.J. Young on Wednesday, April 16, 2014.

ANAHEIM, Calif. (KABC) -- 'Bruno,' the Anaheim police dog who was shot by a gang member in March, is steadily recovering, according to the Anaheim Police Department.

Bruno's handler, officer R.J. Young, reports "each day better than the last" for Bruno. Young says Bruno is getting more exercise and going outside more often, though the dog still tires quickly.

Young said Bruno is re-learning how to eat and drink on his own. He's currently being hand-fed most of his food.

Young said Bruno has had several visits with Young's family.

Bruno, a 7-year-old German shepherd, was shot in the face by a gang member during a police search in Anaheim on March 20. The suspect fired at the dog and at officers, who returned fire, killing the suspect. Bruno underwent emergency surgery and lost part of a lung.