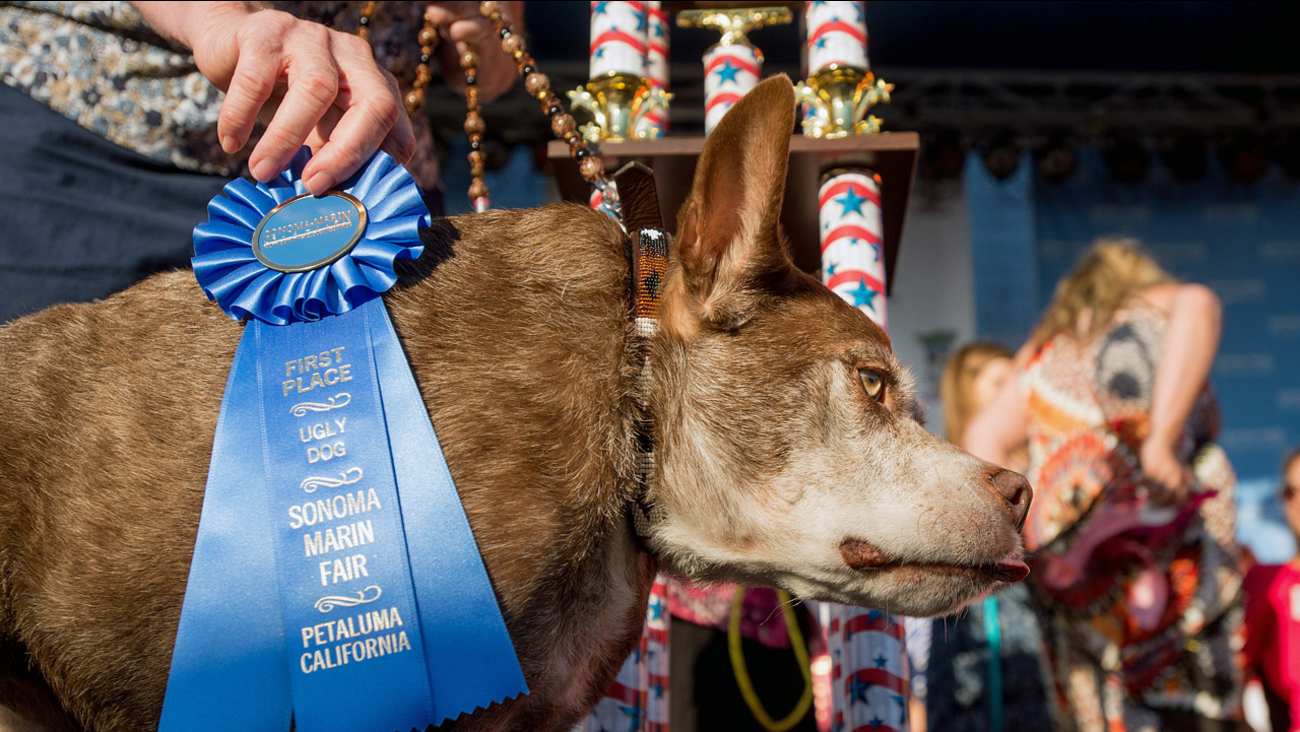 The pit bull-Dutch shepherd mix and her owner took the $1,500 prize Friday night, besting 25 other dogs competing in the contest that applauds imperfection, organizers said.

Quasi Modo was abandoned at an animal shelter before being adopted by a veterinarian in Loxahatchee, Florida, according to her biography posted on the contest's website.

"My appearance can be a little unsettling to some (I have had grown men jump on top of their cars to get away from me because they thought I was a hyena or Tasmanian devil) but once they get to know me I win them over with my bubbly personality," her biography said.

An 8-year-old Chihuahua named Precious received the "spirit award," honoring a dog and owner who have overcome obstacles and/or are providing service to the community. Precious, who is blind in one eye, is trained to monitor smells related to low blood sugar levels and alert her owner, a disabled veteran, of the problem, her biography said.

The contest, held at the Sonoma-Marin Fairgrounds in Petaluma, California, is in its 27th year.

The dogs are scored by a three-judge panel in several categories, including special or unusual attributes, personality and natural ugliness.

Karen Spencer, marketing director for the Sonoma-Marin Fair, said she was notified Friday night by Quasi Modo's owner that the world's newly crowned ugliest dog is a she, and not a he.
Related topics:
dogsanimal newsu.s. & world
Copyright © 2021 by The Associated Press. All Rights Reserved.
More Videos
From CNN Newsource affiliates
TOP STORIES