KABC
CANTON, Ohio (KABC) -- The man convicted of shooting and killing a police K-9 in Ohio was sentenced to 45 years in prison Wednesday.

Kelontre Barefield pleaded guilty and received 34 years for killing Jethro, plus an additional 11 years for other charges.

Jethro was with Canton Police Department Officer Ryan Davis when he was killed in January. The two were responding to a burglary alarm at Fishers Foods, a grocery store.

Jethro was shot multiple times during a confrontation with Barefield, who also was shot in the leg. 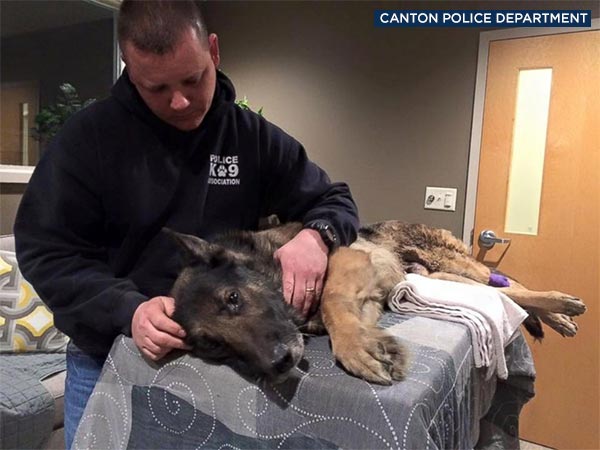 Jethro, a K-9 for the Canton Police Department in Ohio, is seen in a photo released by the department.

Barefield was convicted of several charges including aggravated robbery, felonious assault and assaulting a police dog or horse.

The death of the 3-year-old German shepherd devastated Davis, who had been Jethro's partner since he was an 8-week-old puppy.

The city held a funeral for Jethro at the Canton Civic Center. Officers from across the country showed up with their dogs to support the Canton Police Department.

WOIO reports that Davis wrote on Facebook this week that he hopes this allows for some closure.

In March, an 11-year-old girl donated all of her allowance money to help get bulletproof vests for all of the department's dogs.


"Officer Davis has received 2,000 letters since Jethro's death, and he was catching up with them over the weekend," Officer Eric Stanbro, head trainer of Canton PD's K-9 unit, previously told ABC News. "He came across this girl's letter and donation, and it really touched him."

In the letter, an 11-year-old girl named Allison tells Davis, "I sorry about Jethro. So here is my allowance for the bulletproof vests. God bless you and the dogs." 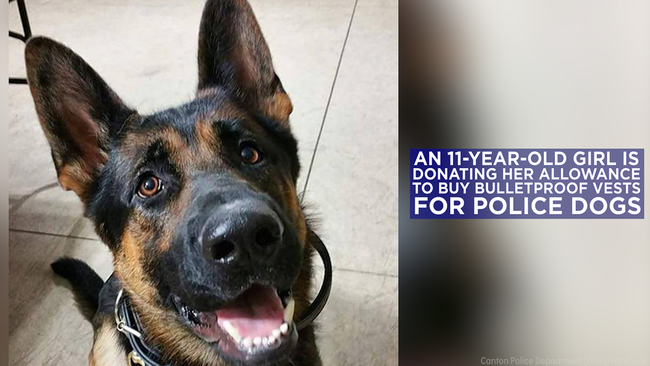