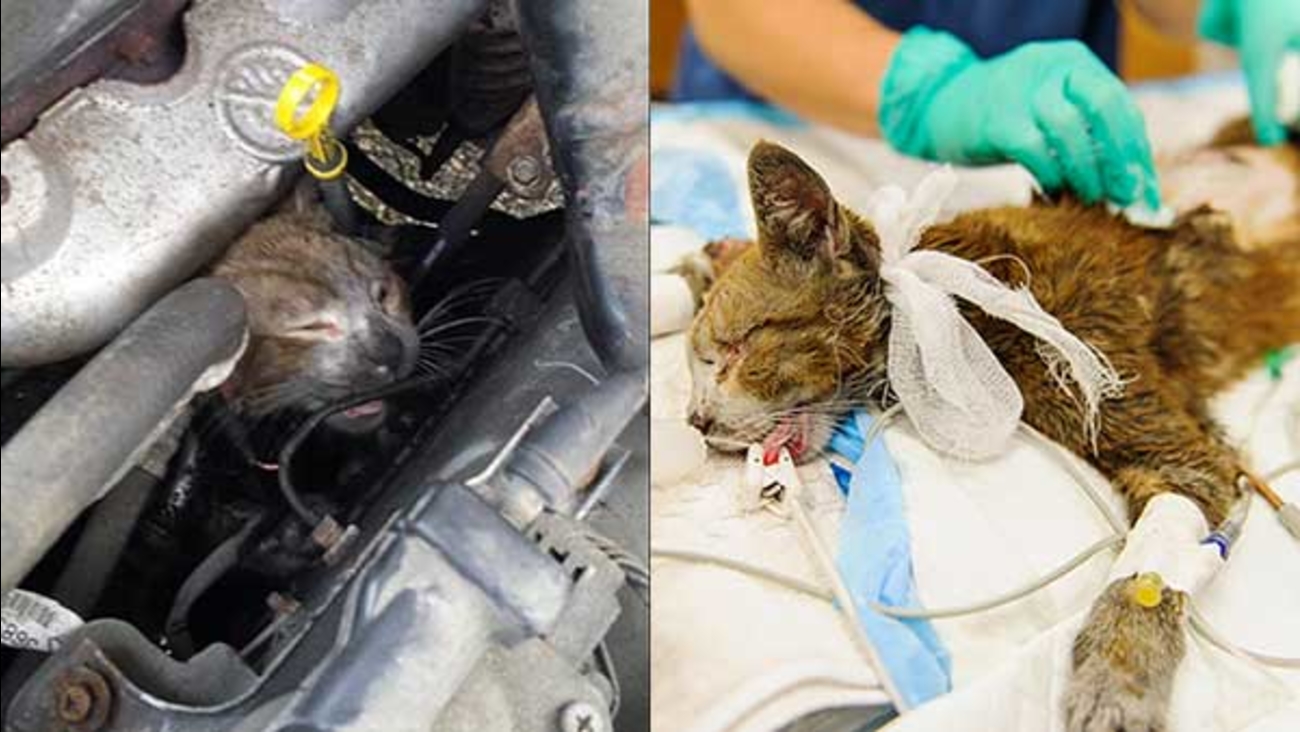 Mr. Biscuits the kitten has been through quite an ordeal since his days as a stray. Some would say his story is proof that cats have nine lives.

He has been stuck inside a car engine, survived extreme temperatures (and maybe even set on fire) and suffered burns on nearly a third of his body. But his story has a happy ending.

It was a chilly night in mid-October in Valley Forge when a stray kitten less than a year old and without a name needed to stay warm. He climbed underneath the hood of a car. Once inside, he got stuck. 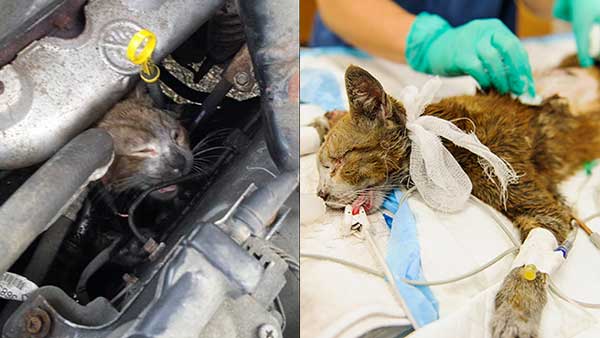 The owner of the car drove to work the next morning, and as the engine heated up, the cat sustained severe burns and, the veterinarians who would later care for him said, at one point may have even caught on fire, according to his fundraising page.

Fortunately the driver noticed something off about his steering wheel. When he arrived at work, he popped the hood and found the little cat staring at him.

It took animal control officers nearly two hours to safely pull the cat out of the car. After he was out, though, his journey was far from over.

The cat, who his initial rescuers called Engy, was rushed to an animal care facility and then to an emergency vet center. It was there that vets performed surgery to care for his wounds.

The second care center, Metropolitan Veterinary Associates and Emergency Services, was also where he earned his new name. Despite his injuries, the cat was playing with his blanket. It looked like he was kneading dough--hence, "Mr. Biscuits."

Mr. Biscuits finally found his way to The Grannie Project, an animal rescue group devoted to older pets. The director of the shelter, Amanda Cox, said that even though Mr. Biscuits was younger than their usual pets, when she saw him, she couldn't say no.

"We usually rescue older cats, but sometimes, there's that little face you just can't turn away from," said Cox.

The Grannie Project is slowly nursing Mr. Biscuits back to health. He has a long road ahead of him before he is good as new, though Cox has high hopes.

"He is hanging in there," she said. "His spirits are high and he is winning the hearts of the nurses and doctors who are caring for him around the clock."

The shelter set up a fundraising page to help cover his medical costs.

In addition, Mr. Biscuits has his own Facebook page and has become something of a spokescat to raise awareness about animals seeking shelter in cars.

Cox said all it takes to make sure that no animals are hiding in your car on a chilly morning is a knock on the hood or a tap on the horn.

And what will happen to Mr. Biscuits when he gets better?

"He has a committed foster home," Cox said. "But he will need a forever home when he is ready."

All photos used with permission. 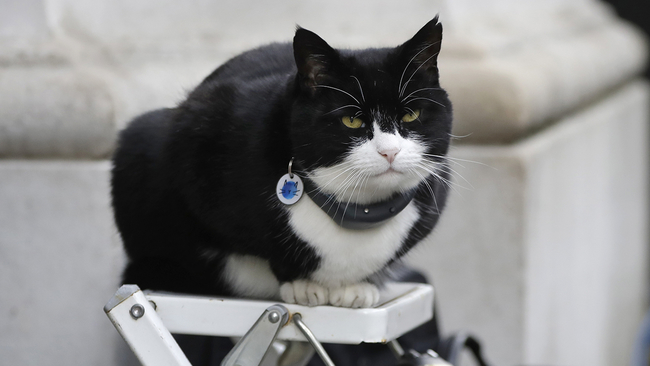