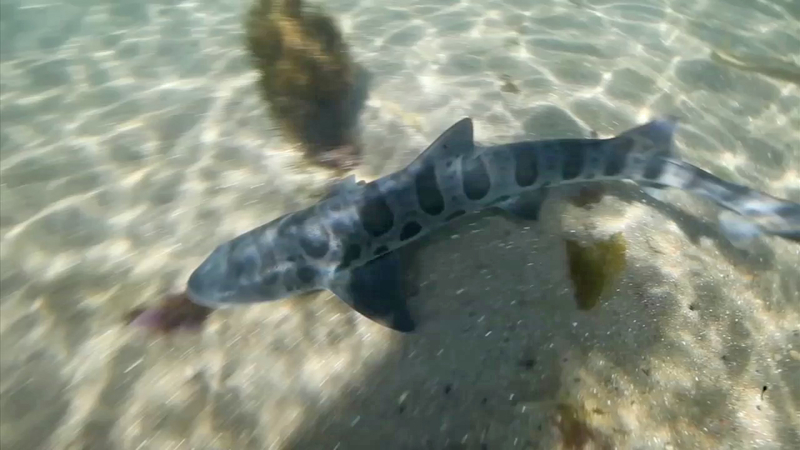 HUNTINGTON BEACH, Calif. (KABC) -- The coastal waters in Southern California serve a valuable role this time of year as a nursery for several different species of shark pups.

Dr. Chris Lowe, director of the "Shark Lab" at Cal State Long Beach, tracks and studies sharks in the area with his students.

Lowe said recent observations show growing numbers of great white sharks, which is a good sign for the ecosystem since the species is at the top of the food chain.

"There's never really been a lot of them, but they serve critical roles in keeping our coastal oceans healthy," he said.

But poachers are threatening the balance. The Department of Fish and Wildlife reports some amateur fisherman are targeting shark pups. The wardens said the fisherman treat great white sharks as trophies and often sell leopard sharks on the black market.

The department is asking for the public's help to catch and stop the poachers. It is considered a misdemeanor to catch shark pups and is punishable by a $1,000 fine or six months in jail.

Lowe said these actions could cause serious damage to a recovering ocean.