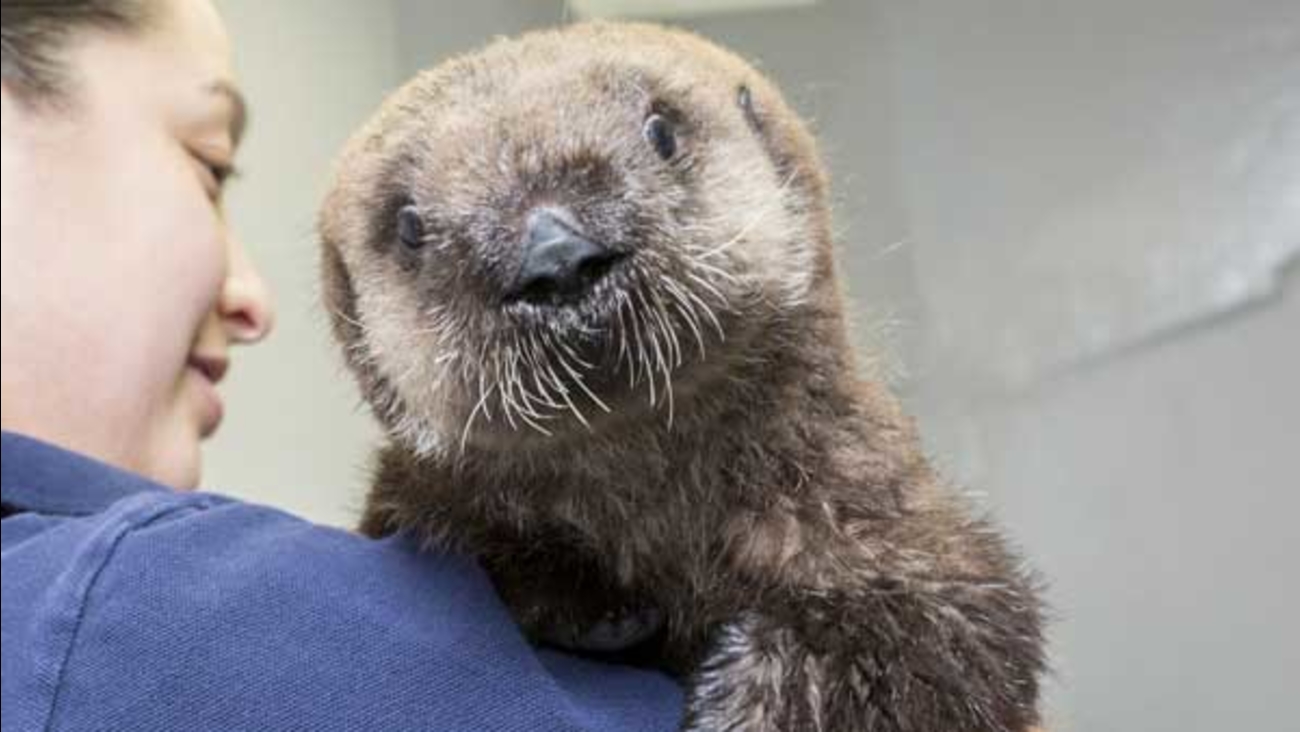 CHICAGO -- The votes are in! Sea Otter Pup 681, who was abandoned in California and now calls Chicago's Shedd Aquarium home, got her new name on Friday.

Her official name is Luna!

"Good Morning America" teamed up with the Shedd for the naming contest. The public chose from five names selected by Shedd's marine mammal staff. Shedd has a history of naming animals that are rescued affiliated with the locations of which they were found.

Shedd Aquarium members were offered an exclusive first look at the name choices and the first chance to vote. The winning "Shedd Members' Choice" was Luna. 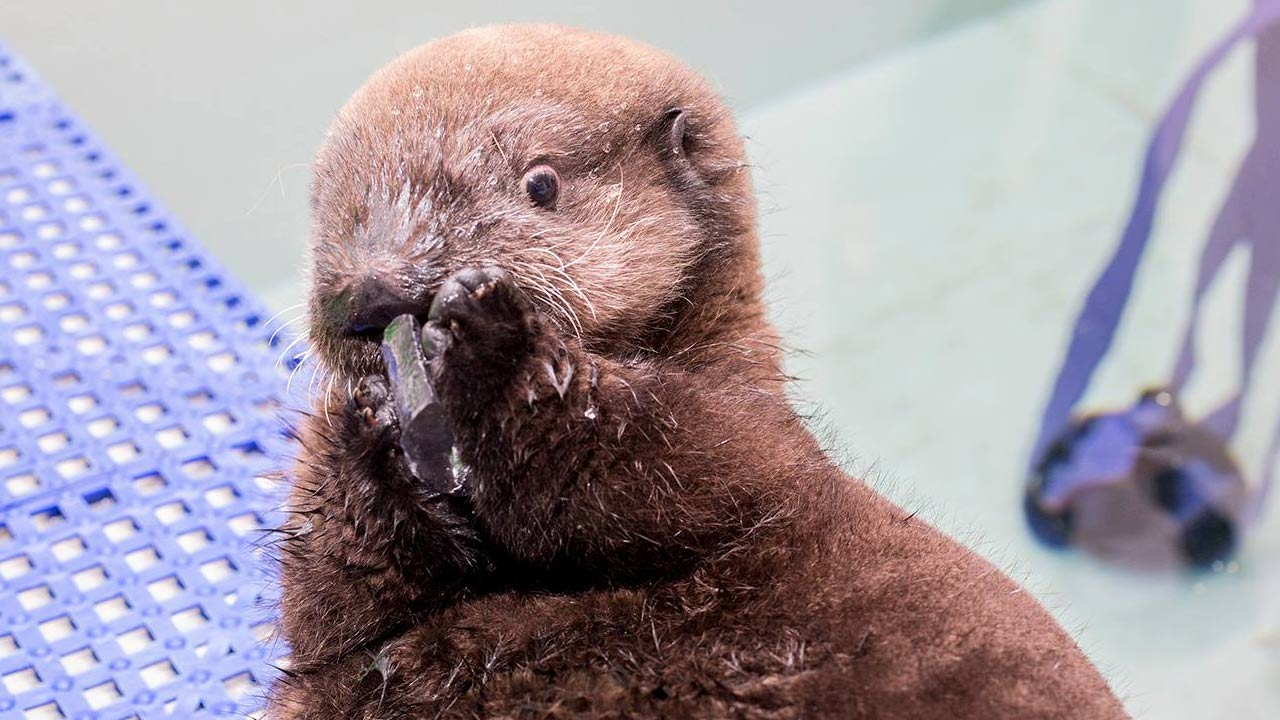 The rescued southern sea otter pup (Enhydra lutris nereis) has been swimming past significant milestones over the last few weeks and is growing quickly. She has doubled in size! She came to the aquarium as part of a collaborative partnership with Monterey Bay Aquarium on Oct. 28.

As the smallest marine mammal, sea otters are members of the weasel or mustelid family. Adult females can weigh between 35 and 60 pounds; males reach up to 90 pounds. Instead of blubber to keep them warm, they have very thick hair that consists of two layers: an undercoat and longer guard hairs. The otter's fur is important to their survival, so they spend up to four hours a day grooming. If they do not keep their coat immaculate, they risk getting cold and dying of hypothermia.

Pups stay with their mothers until they are up to eight months old. Otters do not mate for life, but form a bond that lasts for three or four days. After mating, the male leaves the female and is not involved in raising the pup. Sea otters must eat at least 25 percent of their body weight each day to maintain a high metabolic rate, which keeps their internal body temperature at 100 Farenheit. They eat bottom-dwelling nearshore animals, such as abalone, clams, sea urchins, crabs and octopus. 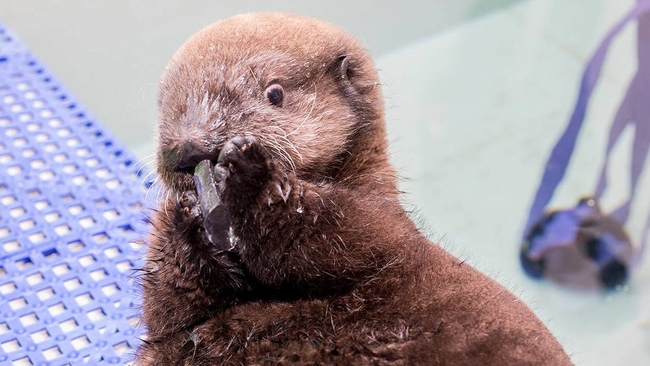 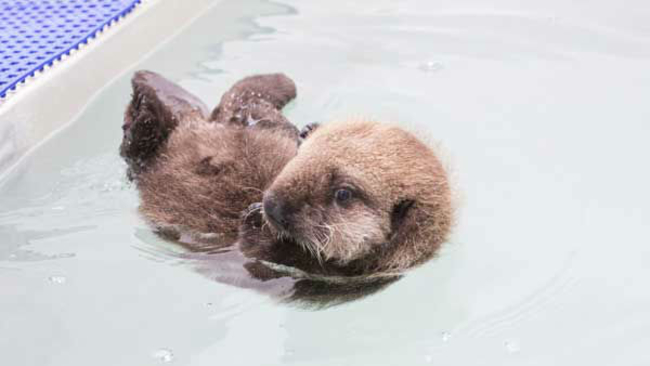 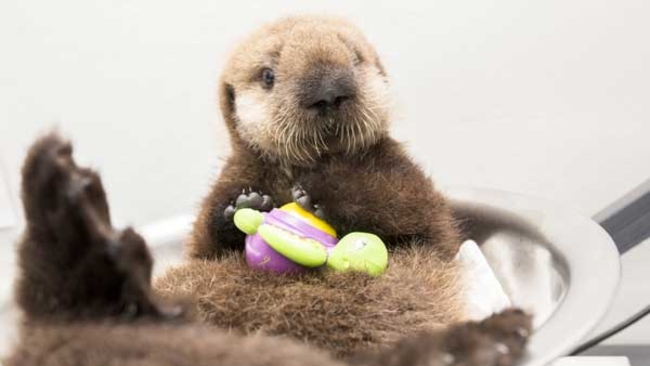 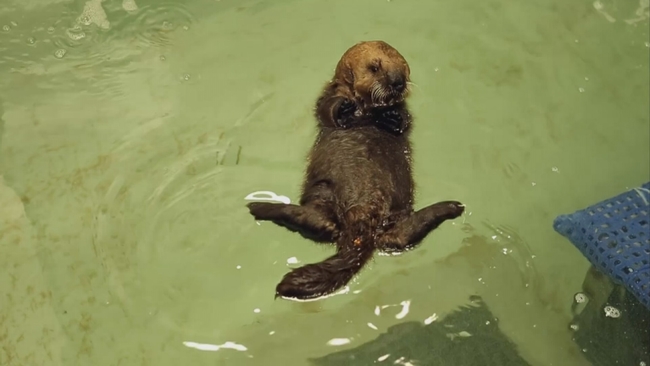 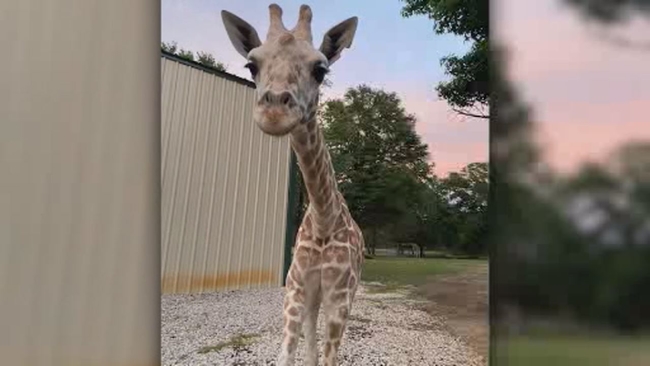