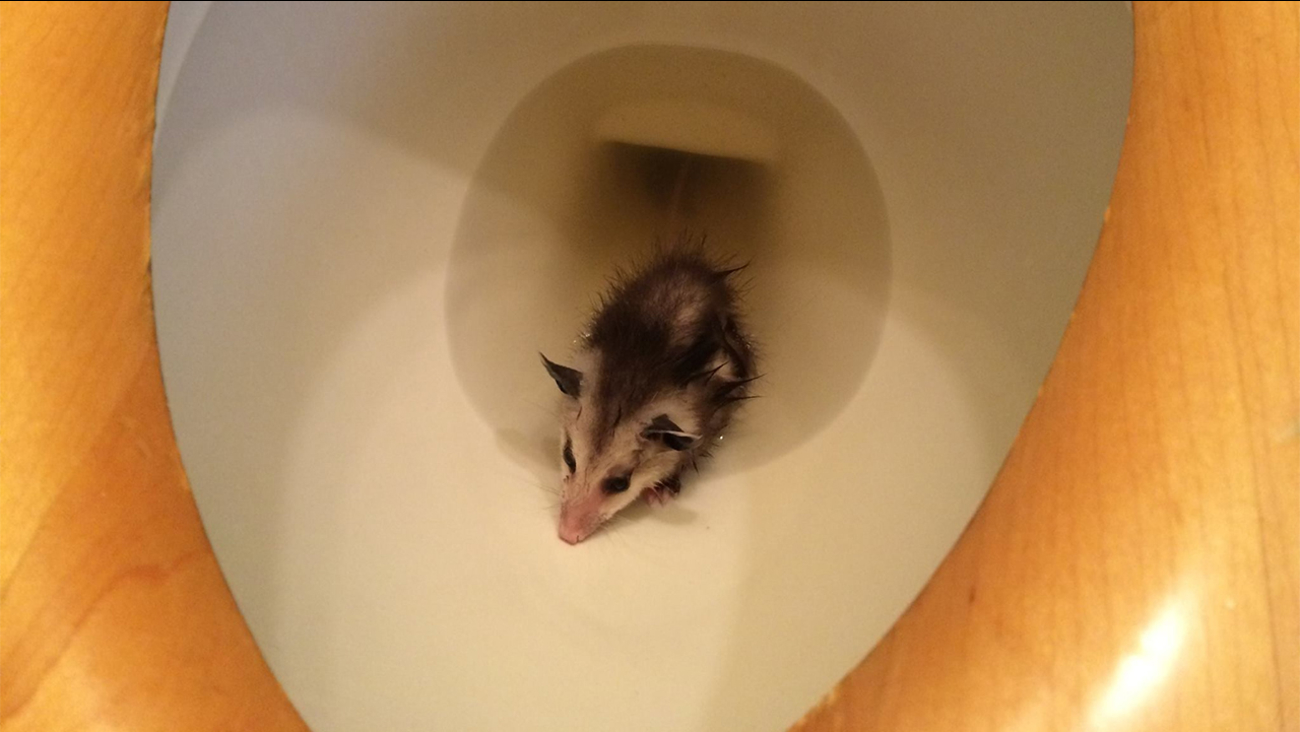 A San Diego woman found a baby opossum in her toilet bowl on Sunday, May 1, 2016. (County of San Diego Department of Animal Services)

County of San Diego Department of Animal Services posted two pictures of the marsupial on Facebook.

The animal popped up in the Pacific Beach homeowner's toilet bowl on May 1. The woman, who later found a second opossum in her home, says she found a broken window, which is likely how the animals got inside her residence.