Authorities received a call around 4 p.m. Tuesday regarding a building fire in the 1800 block of 7th Street. When firefighters arrived, they were able to quickly contain the blaze to the kitchen and storage area in the single-story apartment.

Nalu, a 10-year-old dog rescued from an apartment fire, reunited with a Santa Monica firefighter who performed mouth-to-snout to save his life.

As they searched through the apartment for victims, firefighter Andrew Klein found a dog who had been overcome by heat and smoke. The dog had no pulse and wasn't breathing.

"I discovered him amidst all the smoke and the heat. I grabbed him and as soon as I grabbed him I knew that he was unresponsive just by his dead weight," he said.


The dog's owner, 35-year-old Crystal Lamirande, had come home to see her apartment on fire and had tried to rescue her 10-year-old Bichon Frize/Shih Tzu mix named Nalu, but couldn't get past the thick smoke.

Klein quickly went to work performing CPR on the pup, eventually reviving Nalu. A pet oxygen mask was also used to make sure Nalu was OK. 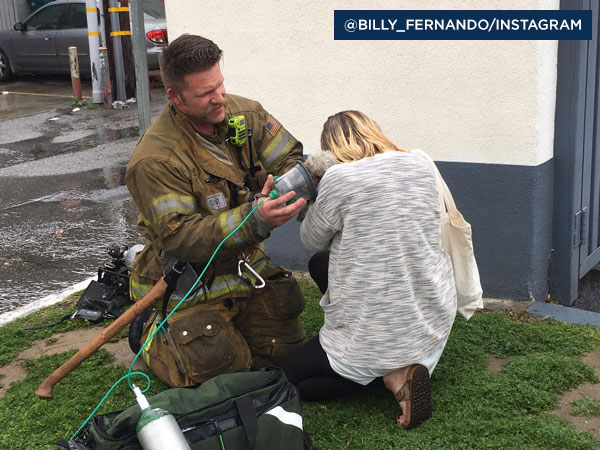 The fire was knocked down within 10 minutes, authorities said, and no one was hurt.

On Thursday, Klein was reunited with Nalu, who is doing just fine. 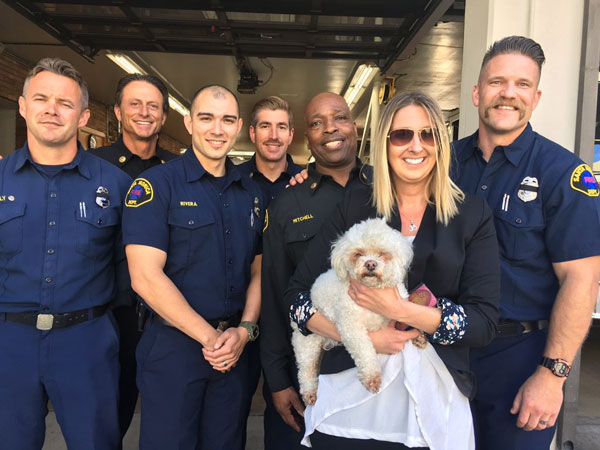 Santa Monica firefighter Andrew Klein reunited with Nalu, the dog he saved using CPR after an apartment fire, as well as Nalu's owner.

Kleing said the last couple of weeks at the station had been tough, so having a survivor swing by to visit was what he and the crew needed.

"Our goal is to save people, and sometimes we're not able to do that despite our best efforts. But to have a success story just like this, even with Nalu being a dog, I mean again he's a life and he's a life that matters. That was just a great morale booster for all of the guys here in our department," Klein said.