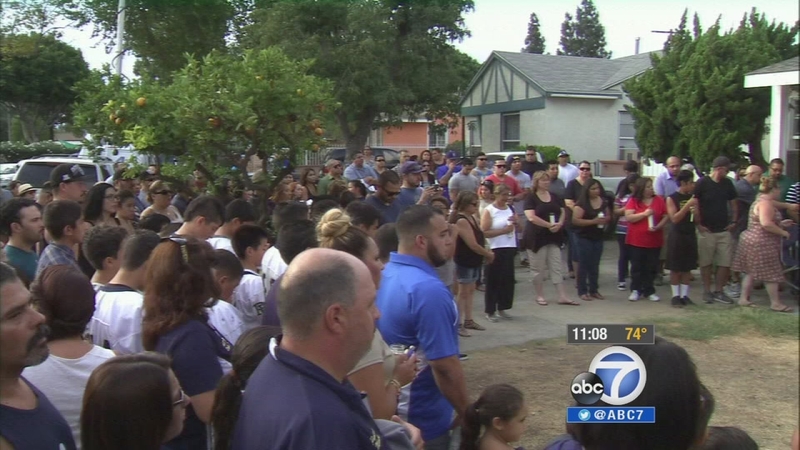 PICO RIVERA, Calif. (KABC) -- Family and friends gathered Sunday for a prayer service outside the Pico Rivera home of a man accidentally shot and killed by a sheriff's deputy on Friday.

The shooting happened during a standoff Frank Mendoza's home when the deputy mistook him for the gunman in the barricade situation.

Mendoza's wife Lorraine was held hostage for several hours when a gunman invaded her home. Sunday evening, she was surrounded by her children and many other relatives and friends who gathered to mourn the tragic death of her husband.

Mendoza, 54, died Friday night after a wanted parolee being pursued by deputies broke into the family's home. Fearing for the safety of the occupants, deputies went to the front door and evacuated two kids and an adult.

The suspect, 24-year-old Cedric Ramirez, started shooting at the deputies and they retreated to the yard.

Moments later, when Frank Mendoza appeared in the doorway, a deputy, mistakenly believing he was the suspect, shot and killed him.

Mourners filled the front yard of the family's Pico Rivera home Sunday home. The Mendoza family is large and close-knit. Frank had 10 grandchildren.

Mendoza and his sons have been longtime supporters of the Pico Rivera Youth Football League.