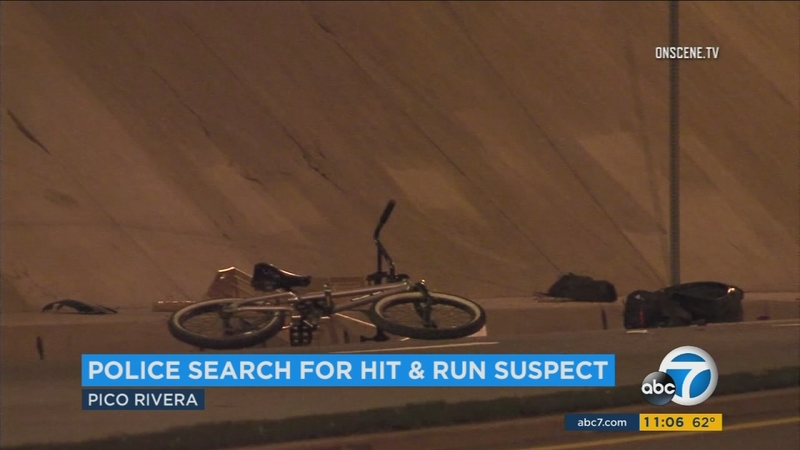 PICO RIVERA, Calif. (KABC) -- Police are searching for the driver in a fatal hit-and-run crash after a passerby found a woman, who had been riding a bicycle, dead on a Pico Rivera street early Friday morning.

The crash occurred shortly after 2 a.m. at Rex Road and Rosemead Boulevard. Responding sheriff's deputies alerted paramedics. The victim was taken to an area hospital, where she was pronounced dead.

Investigators described the suspected hit-and-run vehicle as a 2003-2007 Honda Accord that is possibly dark gray in color. The car likely has significant front-end damage.

Rosemead Boulevard was temporarily shut down due to the investigation.

The victim's identity was not immediately known. The coroner's office described her as a woman in her 30s.