PICO RIVERA, Calif. (KABC) -- Three people were arrested in connection to a robbery at a Pico Rivera pet store targeted by thieves who stole two puppies and cash on Christmas Eve.

According to the Los Angeles County Sheriff's Department, a male juvenile, a female juvenile and 18-year-old Jonathan Mora, all from Whittier, were arrested.

The incident occurred on Wednesday shortly before 2 p.m. at the Mr. Bulldog pet store in the 9400 block of Whittier Boulevard. No customers were in the store, but the owner and three employees were taking a lunch break when a man wearing a bandanna walked in with a gun demanding cash and the puppies.

The gunman made off with approximately $500 in cash and two 10-week-old English bulldog puppies, valued at $2,500 each.

After word of the robbery spread, sheriff's investigators received a tip that led them to execute a search warrant on Christmas Day at a Whittier residence. That's where the male juvenile was arrested.

Authorities said the male juvenile was the primary robbery suspect, and Mora drove the getaway car, a gray BMW sedan, to flee the scene after the heist.

The role of the female juvenile was not specified by investigators.

Mora voluntarily surrendered to detectives at the Pico Rivera station on Friday, authorities said. He was arrested for robbery and is being held on $50,000 bail.

As for the puppies, they were both recovered unharmed during the investigation. Sheriff's officials said one puppy was found by a Whittier resident on Christmas Day after the puppy was found wandering the street. The second puppy was returned to the pet store by an anonymous person on Friday. 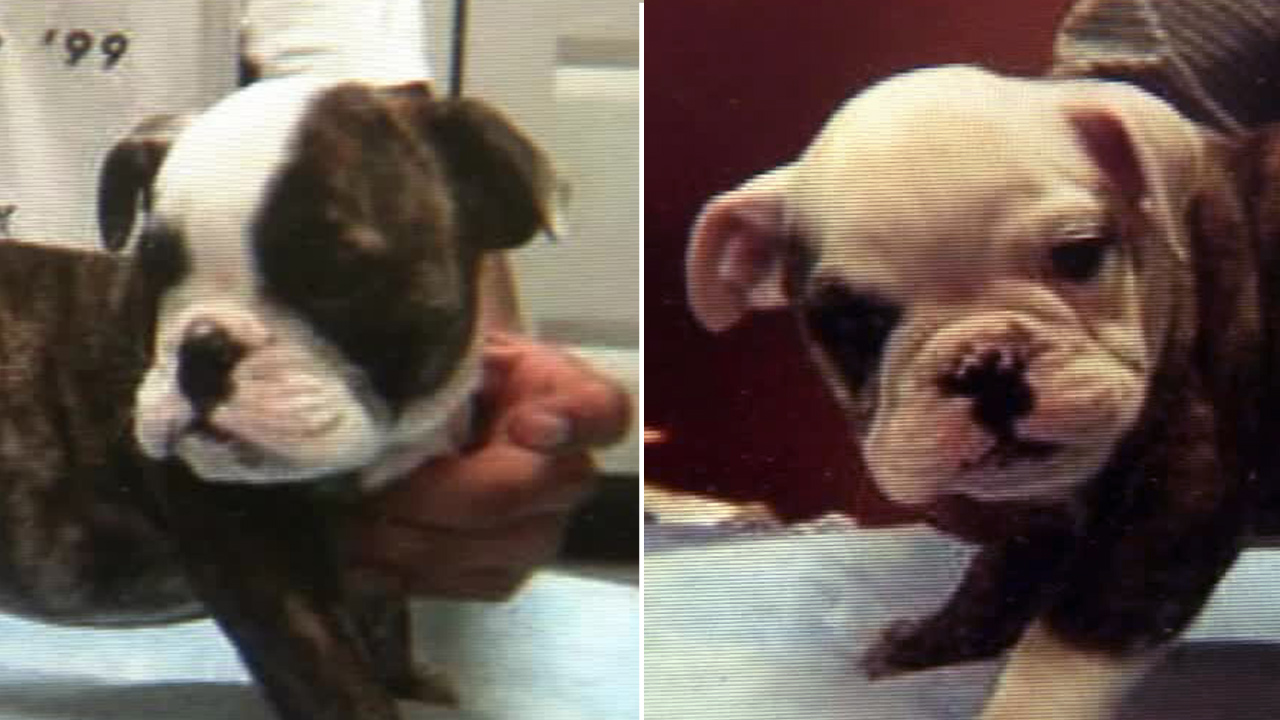