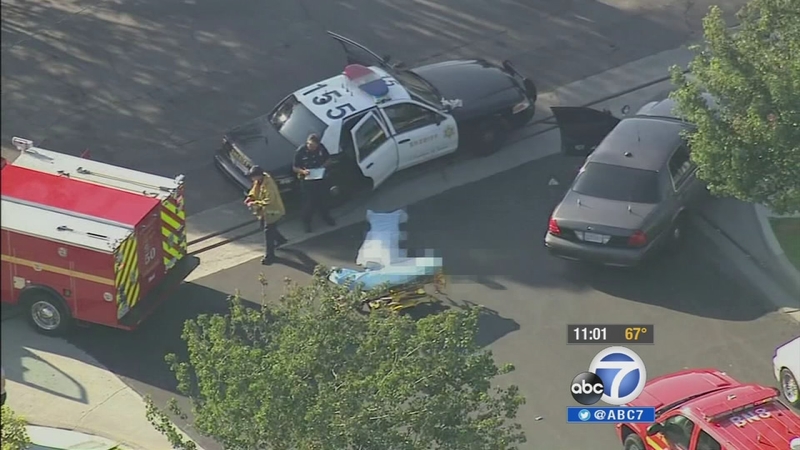 PICO RIVERA, Calif. (KABC) -- A man was killed after he walked out the front door of a barricade situation with an active shooter in a Pico Rivera home Friday afternoon.

A Los Angeles County Sheriff's Department gang unit was searching for a 24-year-old parolee at large, wanted for numerous felonies, according to department spokeswoman Nicole Nishida.

The parolee allegedly broke into the house at about 4:30 p.m. in the 9000 block of Rosehedge Drive and held a woman hostage. A deputy-involved shooting subsequently occurred.

An innocent man, identified by witnesses as Frank Mendoza, 54, died. It was unclear if he died from deputy or the suspect's gunfire. No sheriff's deputies were injured.

Mendoza was pulled from the residence. His wife was allegedly still being held hostage.

Crisis negotiators were on scene. The incident was ongoing.

The American Red Cross opened up a shelter at the gym of El Rancho High School, 6501 Passons Blvd. in Pico Rivera, for those residents evacuated from their homes.