The raging Pilot Fire spreads to nearly 7,000 acres near Silverwood Lake as firefighters battle the blaze propelled by dry conditions and strong winds.

Authorities said the fire increased overnight to 7,736 acres and was 6 percent contained.

Fire officials said they expect the winds to pick up and push the flames toward Hesperia, where mandatory evacuations remain in place.

"We realize that with the wind conditions that it could push embers to spots across the fire line, so we're keeping a close eye on that," Jake Rodriguez with the U.S. Forest Service explained.

More than 4,700 homes were impacted by voluntary and mandatory evacuation orders, and the Apple Valley, Hesperia Unified and Silver Valley Unified school districts have canceled classes for Tuesday due to poor air quality.

The Apple Valley School District stated classes would be canceled again on Wednesday.

More than 5,300 structures are threatened.

According to a fire official on scene, conditions continue to be dry, paired with sustained winds with stronger gusts on the ridgetops.

Also stationed in Victorville - a team of volunteers who are helping to care for more than 70 evacuated animals, including miniature horses, goats, chickens and a llama.

- North Lake Arrowhead from Brentwood east to Highway 173 - all neighborhoods north of the lake, according to the sheriff's department.

- Areas east of Santa Fe Road, south of Ranchero Road to Arrowhead Lake Road and north of the Spillway.

- Areas east of the Mojave River and south of Rock Springs Road to Kiowa Road.

Another evacuation center was set up at Rim of the World High School, 27400 CA-18, Twin Peaks.

Individuals with large and small animals may bring their animals to the San Bernardino County Devore Animal Shelter, located at 19777 Shelter Way in San Bernardino. 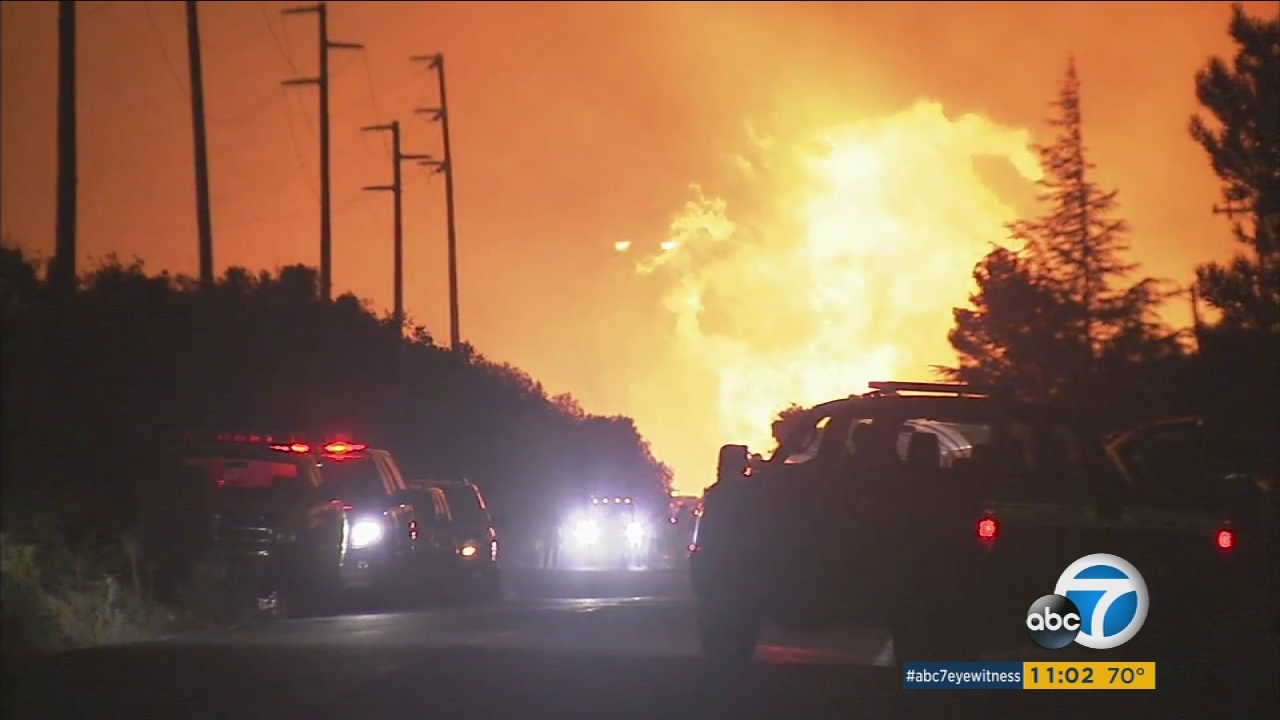 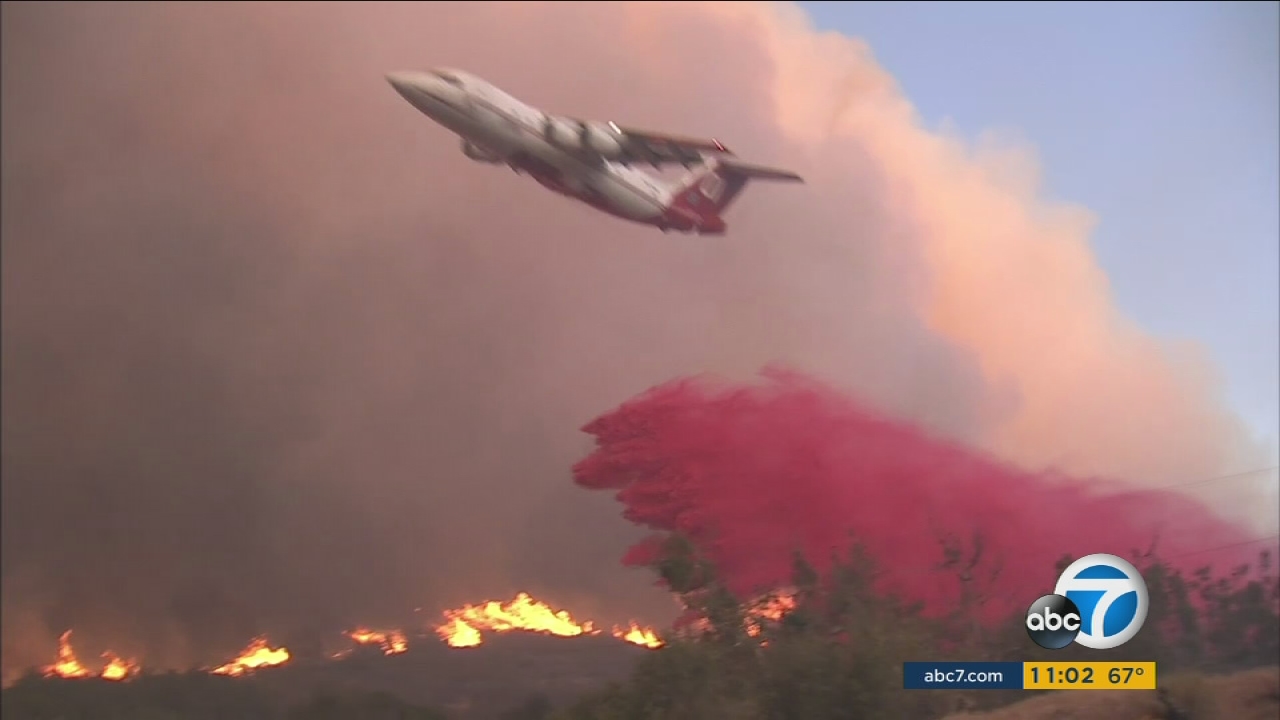