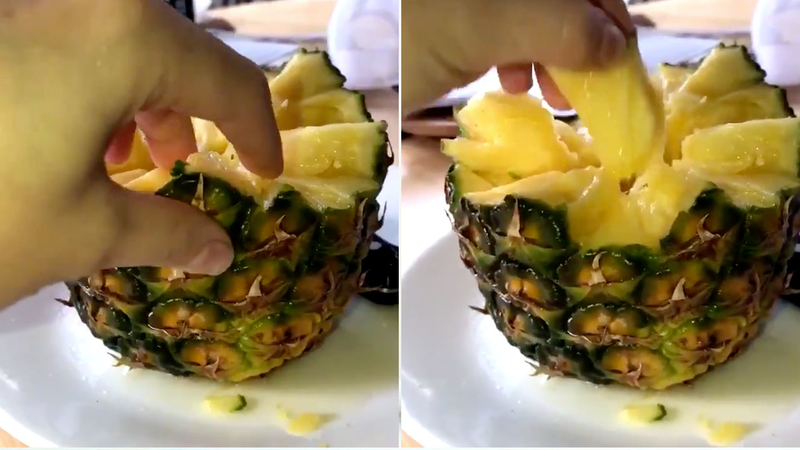 Is this the right way to eat pineapple?

There's more than one way to slice a pineapple ... or you could just peel it.

In a trend going viral on social media, people are sharing videos of themselves eating pineapple in an unconventional way. In the videos, slices of pineapple are carefully peeled from the edge and broken off without a knife.

Who knew pineapple could do this😍🤯 pic.twitter.com/huFrlOigS6

It's unclear who posted the quirky fruit trend first, but many Twitter users were referencing a video they said first appeared on the app Tick Tock.

Even Game of Thrones actress Lena Heady got in on the trend, sharing one of the widely-circulated versions of the video and calling it a "#gamechanger."


Not everyone was able to pull it off, however.