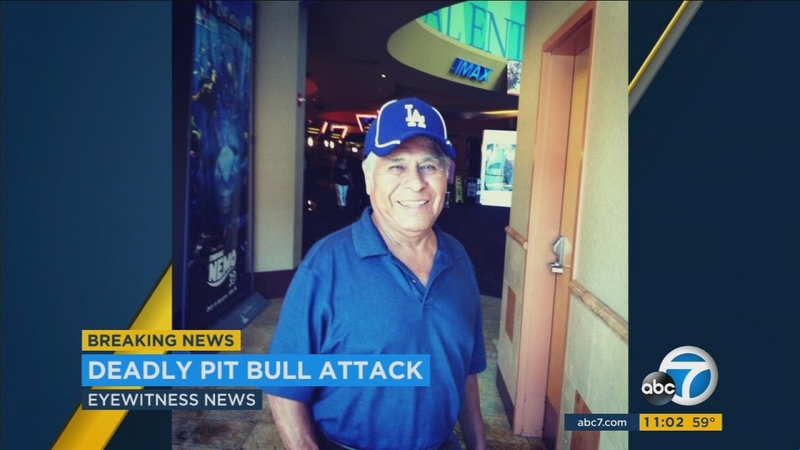 LINCOLN HEIGHTS, LOS ANGELES (KABC) -- A 76-year-old man was rushed to the hospital in critical condition after being attacked by two pit bulls as he was walking his dog in Lincoln Heights on Thursday, according to officials.

The Los Angeles Fire Department said the man was attacked in the 2600 block of North Lincoln Park Avenue at about 5:45 p.m.

Officials and witnesses say the man was walking his Pomeranian when the two pit bulls first attacked and killed his dog and then went after him.

The man's family identified him as Valentine Herrera, 76, and said he was undergoing brain surgery for injuries sustained in the attack. His Pomeranian that was killed in the attack was named Dodger.

One witness told Eyewitness News it appeared the pit bulls' owner made no attempt to help Herrera. Neighbors also say the pit bulls have caused numerous problems before.