Investigators are combing through the wreckage of a Riverside home destroyed when a single-engine plane crashed into it on Monday.

RIVERSIDE, Calif. (KABC) -- Authorities on Tuesday provided more information about the victims of a fiery plane crash that killed three people and critically injured two others in a residential area of Riverside.

Among the five occupants of the Cessna 310, which slammed into a home near Rhonda Road and Dewey Avenue about 4:40 p.m. Monday, were one female teenager, three women and one man, police said. The crash site is just northeast of Riverside Municipal Airport.

Shortly after takeoff from the facility, the plane apparently clipped one home, crashed into another, and the fire engulfed a third home, officials said. The latter two structures were destroyed, and a fourth residence was also damaged.

The teenager, one woman and the man perished in the collision. No one on the ground was hurt in the incident.

"There was a huge boom, the house shook, there was a big jolt," said Monica Tomchek, who lives nearby. "My granddaughter jumped in my lap -- she's 3 -- and she said, 'Grandma! What was that?'"

Neighbor George Ashley, whose security camera captured part of the crash, said it "felt like an earthquake and sounded like two trains crashing."

Speaking near a still-smoldering house, Riverside Police Department Officer Ryan Railsback said coroner's officials had removed one body from the scene. They were expected to return sometime Tuesday, accompanied by National Transportation Safety Board personnel, to remove the other two bodies.

None of the deceased have been identified by authorities.

According to investigators, the aircraft's occupants were on their way back to the San Jose area after attending a cheerleading competition at Disneyland. It was unclear who was piloting the plane, Railsback said.

The aircraft split in half upon impact, ejecting one of the women onboard. Described as being in her mid-30s to early 40s, she suffered possible airway burns and was in critical condition Tuesday at Riverside Community Hospital, Riverside Fire Department Capt. Tyler Reynolds said.

The second survivor, a woman of similar age, was in critical condition at Arrowhead Regional Medical Center in San Bernardino after undergoing surgery. She sustained third-degree burns to 90 percent of her body, Reynolds said.

The crash was being investigated by the fire department with assistance from police. The NTSB was expected to take over the investigation. 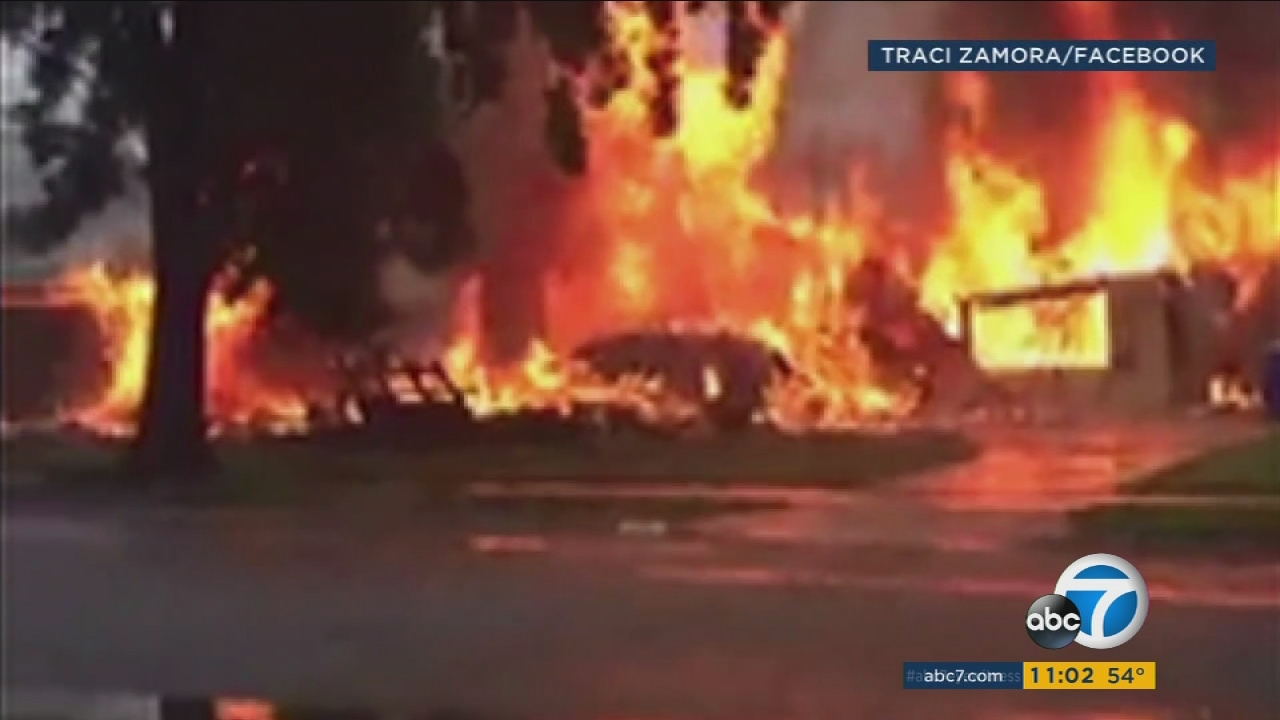