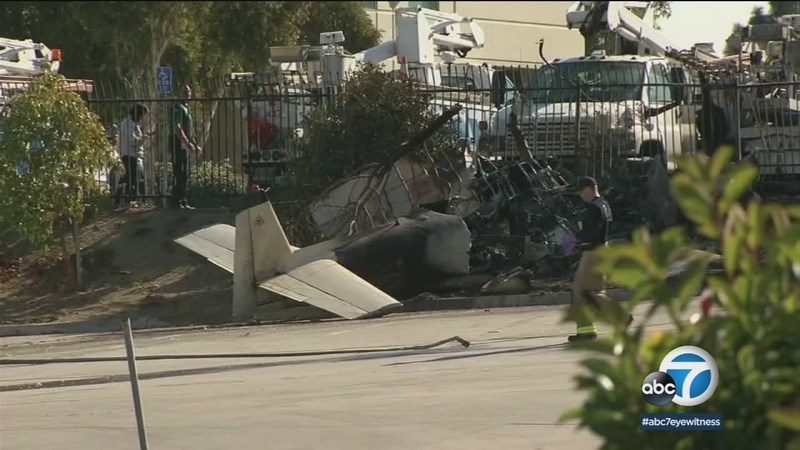 The plane crashed shortly after takeoff near the Gillespie Field Airport in San Diego County, hitting a fence and damaging three vehicles when it went down.

All three people on the plane were undergoing medical care, including the two officers, Huntington Beach police said. Details on the extent of their injuries were not immediately released.

Huntington Beach police said the third victim is not affiliated with the department. They added that they are thankful all three survived.

Nobody on the ground was injured.

Officials said the plane was registered out of John Wayne Airport in Orange County.

The cause of the crash was under investigation.
Report a correction or typo
Related topics:
huntington beachorange countyofficer injuredplane crashcrash
Copyright © 2021 KABC-TV. All Rights Reserved.
More Videos
From CNN Newsource affiliates
TOP STORIES