The pilot who died in a small plane crash in Sylmar has been identified as a 55-year-old Disney employee.

SYLMAR, LOS ANGELES (KABC) -- The pilot who died in a small plane crash in Sylmar has been identified as a 55-year-old Disney employee.

The Los Angeles County coroner's office identified the pilot as Scott Watson on Sunday. A city of residence was not released.

Watson worked as a Disney Imagineer, a source from the company confirmed on Monday.

"The Walt Disney Company is stunned and saddened by the loss of our long-time friend and colleague, Scott Watson," Disney Imagineering President Bob Weis said in a statement. "Those of us who worked with Scott during his nearly 30-year career at Disney knew him as a humble genius who made making magic look easy. Our hearts are with his family during this difficult time."

Watson was the sole occupant of a single-engine plane that went down Sunday in a field near the interchange between the 5 and 405 freeways. Watson sent a distress call from the air, but it's unknown what caused the plane to crash.

Firefighters said several good Samaritans who witnessed the crash ran into the field and tried to help. Terrence Lee was driving on the 5 Freeway when he saw the plane go down. He stopped and ran over to help.

"There were a few other people there that grabbed him, started trying to get him out. His leg was pinned, then we tried to do everything that we could. We couldn't get him out," Lee said. "I want his family to know that he wasn't there alone. There was somebody with him to console him."

Authorities said Watson was conscious right after the crash, but remained trapped in all the debris.

Once medical personnel arrived, they were able to pull Watson from the wreckage, but there wasn't much they could do. Watson died at the scene.

The crash site is roughly 5 miles north of Van Nuys Airport and it is also near Whiteman Airport in Pacoima. It remains unclear if Watson was trying to reach either one of those airports.

The National Transportation Safety Board and the Federal Aviation Administration are tasked with investigating the cause of the deadly crash. It typically takes these federal agencies a year, if not longer, to determine the cause. 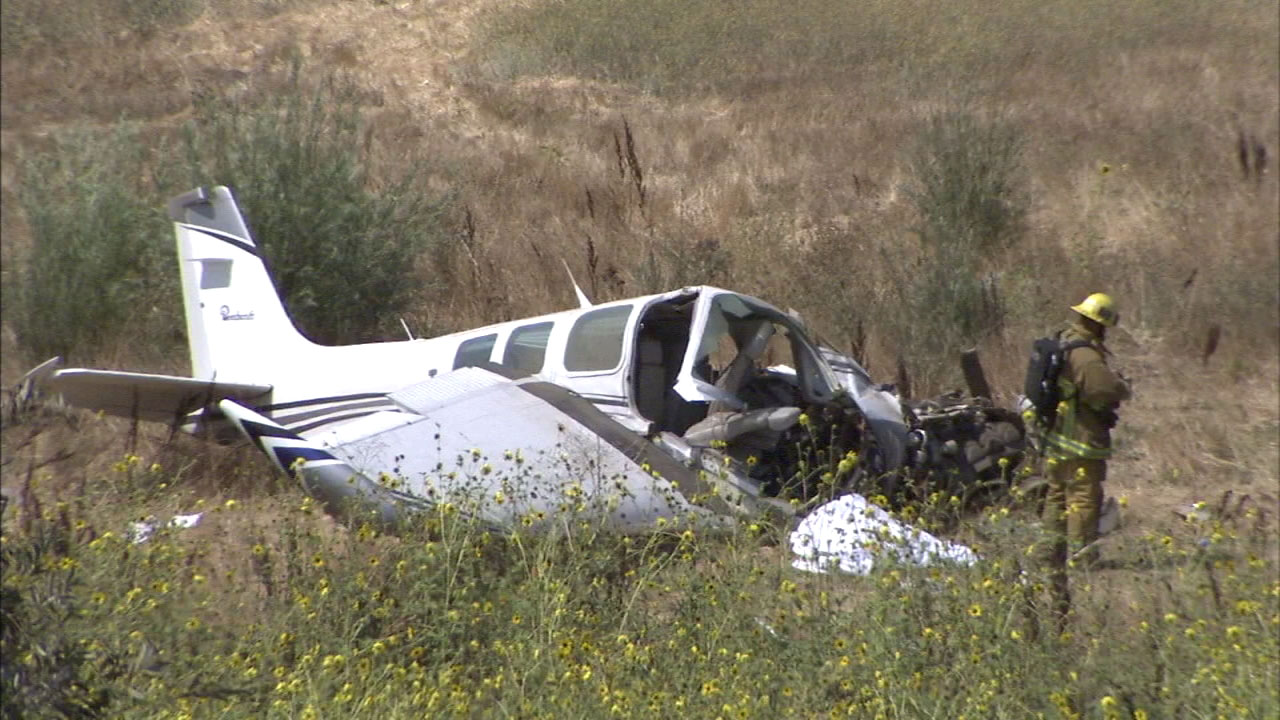