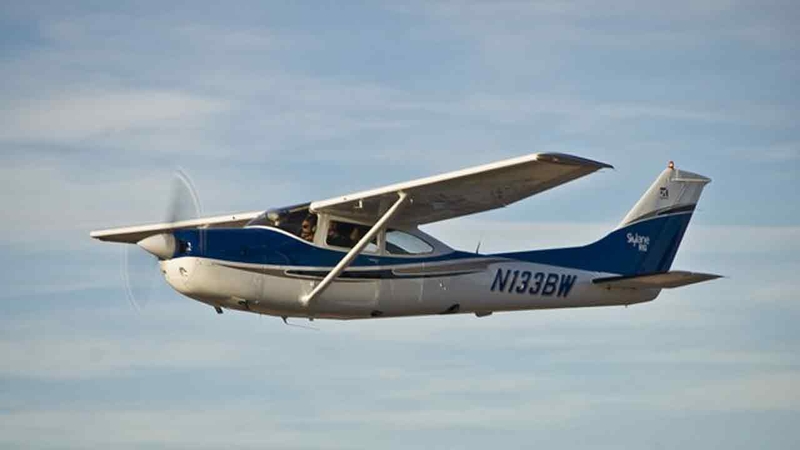 LOS ANGELES (KABC) -- A male pilot died after a small plane crashed in the Angeles National Forest near Altadena Sunday, according to the Los Angeles County Sheriff's Department.

The plane was located around 5:20 p.m. along a steep cliff on the south side of Brown Mountain. Only one person was on board the aircraft, authorities said. The person's identity has not been released.

A statement issued by Allen Kenitzer of the Federal Aviation Administration said the aircraft was traveling from San Diego to Santa Monica when they lost contact with the pilot.

The statement read: "All I can say at this time is that we have a reported missing aircraft, a Cessna 182, N133BW, traveling from Montgomery field in San Diego to Santa Monica Municipal airport. Contact was lost 17 miles east of Van Nuys."

At the time of the crash, the mountain was completely covered with thick fog, giving the pilot about 20 to 30 feet of visibility, according to authorities.

It was unclear what caused the crash, but authorities said the pilot was headed right in the path of the mountainside before they lost contact.

LASD's Aero Bureau accident investigators along with the FAA and the National Transportation Safety Board are investigating the incident.