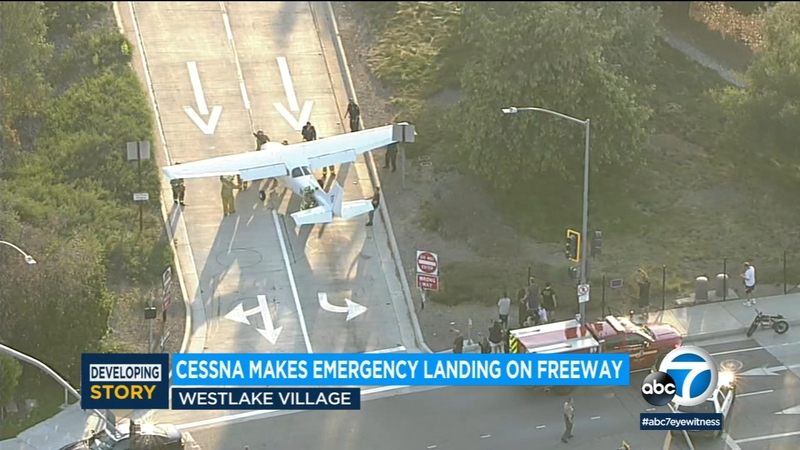 AGOURA HILLS, Calif. (KABC) -- A small airplane made an emergency landing on the 101 freeway in the Agoura Hills area Monday night, creating a major backup on the freeway.

The single-engine Cessna appeared to be intact after it was moved off the roadway to a ramp on the eastbound side of the freeway.

There were no reports of serious injuries.

The plane apparently had departed from Camarillo Airport. The pilot had made contact with air traffic controllers in Van Nuys about an emergency prior to the landing.