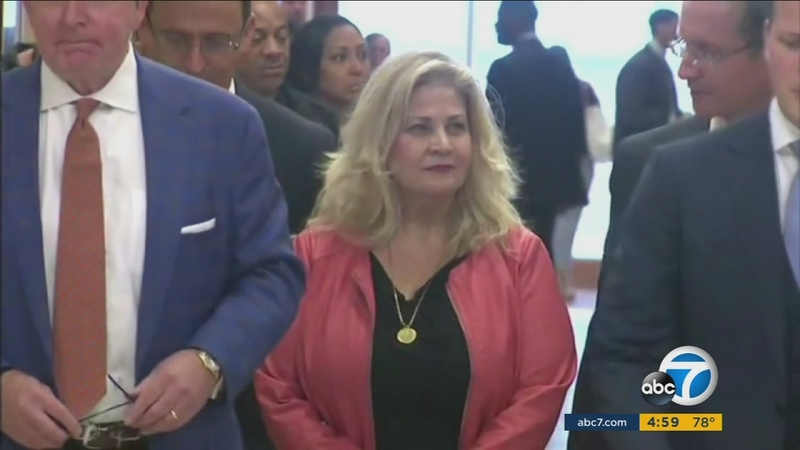 The videos, which contained conversations about the purchase of fetal tissue, are in violation of California law, according to prosecutors.

Daleiden and Merritt each face more than a dozen charges. Daleiden, who works with the Center for Medical Progress, called the charges "bogus."

"We were hoping to document and illustrate really clearly for the public exactly how Planned Parenthood participates in such a shocking marketplace," Daleiden told Eyewitness News.

Abortion opponents said the videos proved that Planned Parenthood was illegally harvesting and selling organs from fetuses in late-term abortions.

"At the end of the day, I think it all comes back to the videos and the video camera doesn't lie. And if Planned Parenthood was really proud of what their representatives and their executives and abortion directors were saying on those video tapes, they would be putting them on the news right now," Daleiden said. "They would be the ones in front of the camera, again saying, 'No that's not really me or no I didn't say that, I said this,' but they can't do that."

The president of the nonprofit testified before Congress in 2015 and said the videos were "deceitfully edited."

Daleiden's defense attorney, Brentford Ferreira, said his argument in court would be simple.

"All of the videos that Mr. Daleiden took occurred in public places, restaurants, hotels. They are not confidential communications," Ferreira said.

Daleiden and Merritt had similar charges in Texas dropped in July. The activists have not yet been arraigned on the new charges.

Dr. Deshawn Taylor, who was one of the people seen in the videos, is no longer with Planned Parenthood.

Taylor now has a private practice in Arizona and sent Eyewitness News the following statement: "Anti-abortion groups like the Center for Medical Progress have a long history of using misinformation and intimidation to advance their agenda of banning abortion. This video is part of a smear-campaign targeting abortion providers."