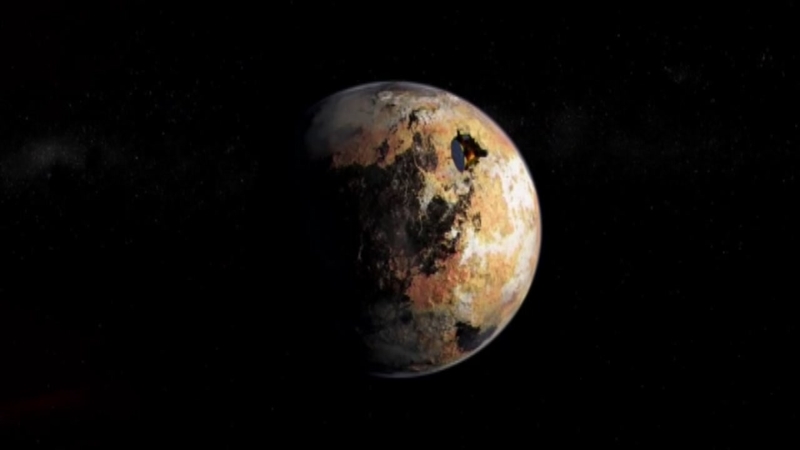 NASA's New Horizons probe flew closer to Pluto than any Earth-craft ever has Tuesday, sending back amazing photos of the dwarf planet.

Photos of Pluto leading up to the New Horizons flyby 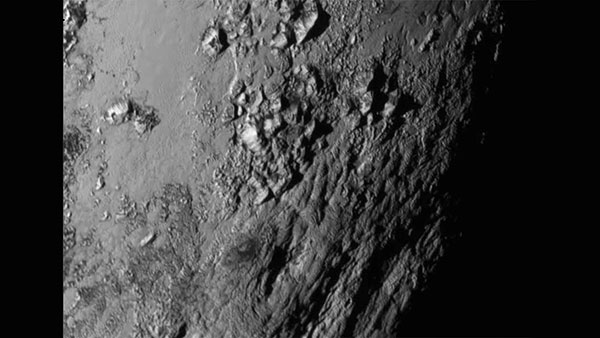 PLUTO: View from the end of the Solar System
On July 14, 2015, NASA's New Horizons spacecraft arrived at Pluto for the first time. The craft flew within 7,700 miles of the planet and is sending back reams of data and the highest resolution images of the planet.

The pictures showed ice mountains on Pluto about as high as the Rockies and chasms on its big moon Charon that appear six times deeper than the Grand Canyon. 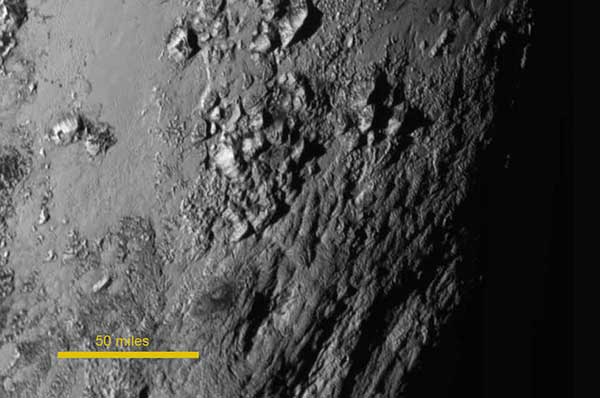 New Horizons took this photo of a mountain range near Pluto's equator around 1.5 hours before its closest approach Tuesday. At the time it was about 47,800 miles away.

"Who would have supposed that there were ice mountains?" project scientist Hal Weaver said. "It's just blowing my mind."

The spacecraft "phoned home" to send word of its triumph Tuesday night after the moment of closest approach early that morning, and the photos began to come in Wednesday.

"This is a tremendous moment in human history," John Grunsfeld, NASA's science mission chief, said at a news conference.

The first image of the surface was released on NASA's Instagram page.

The probe has been traveling for nine years and 3.26 billion miles to reach this moment. The closest approach was at 7:49 a.m. ET Tuesday. The photo above was taken around 4 p.m. ET Monday, NASA wrote.

The spacecraft's close brush with the dwarf planet was 31,243 miles from its surface, according to NASA.

New Horizons kept busy during the approach. It recently measured Pluto and its largest moon, Charon, so NASA could release an image to demonstrate how big they are compared to our planet. Pluto's 1,473 mile-diameter is bigger than previously thought but relatively small. 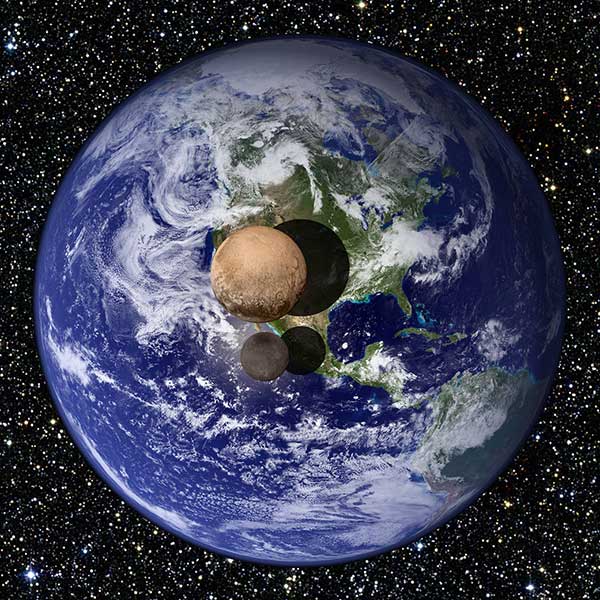 New Horizons has measured Pluto and its largest moon, Charon, and NASA created this image to demonstrate how big they are compared to Earth.

In a news conference Friday, NASA revealed that there was evidence of carbon monoxide in the formation scientists call the "heart of Pluto."

The $720 million mission makes the United States the only country in the world to visit every planet in the solar system, including Pluto, which has been demoted from "planet" status since New Horizons took off.