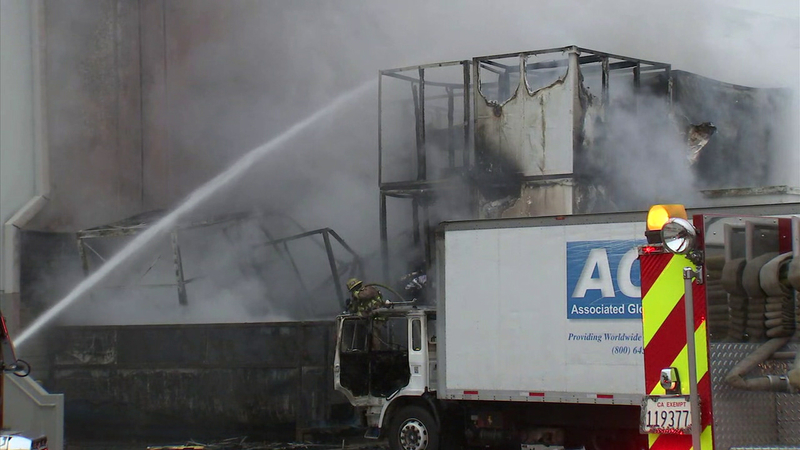 The fire broke out shortly after 5 a.m. at a PODS location in the 200 block of Manville Street, according to the Compton Fire Department. There were no immediate reports of injuries.

Los Angeles County and Downey firefighters were assisting at the scene, where massive flames and billowing smoke were visible from the nearby 91 Freeway. Traffic was backed up on the 91, west of the 710 Freeway.

The Portable On Demand Storage containers, which are also used for moving, were stacked in columns of three and four at the site. It was unclear if they were empty at the time of the incident.

This is the smoke you're seeing off 91 freeway, west of 710 in Compton. Hope those storage bins weren't full of belongings. #abc7eyewitness pic.twitter.com/27Dkquo15h