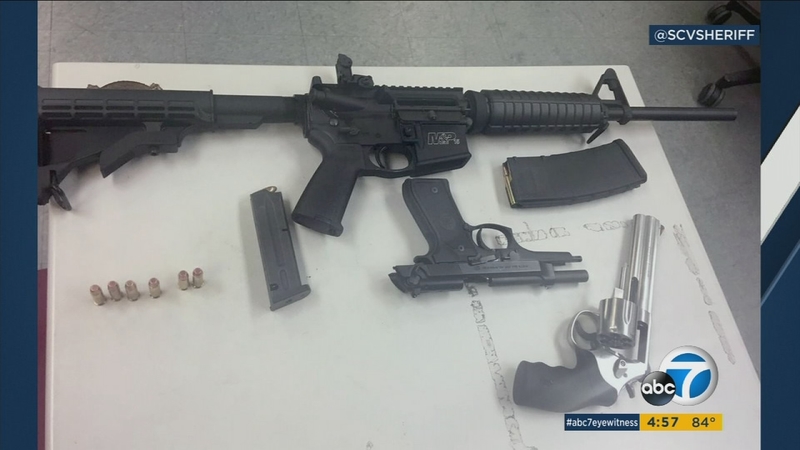 Authorities found a handgun and an AR-15 rifle in one of the teens' cars on Saturday. A third teenager had one of the loaded guns in his waistband. The young men are all 17 years old and from the San Fernando Valley.

Investigators continue to probe their story about planning to pretend to "kidnap" their friend and drag him to a firing range for his birthday. Police also want to figure out how well the boys knew each other.

A woman spotted the young men with the guns on Torreypines Drive and called the sheriff's department.

One of the teens said he stole the key to his father's locked safe to get the firearms.