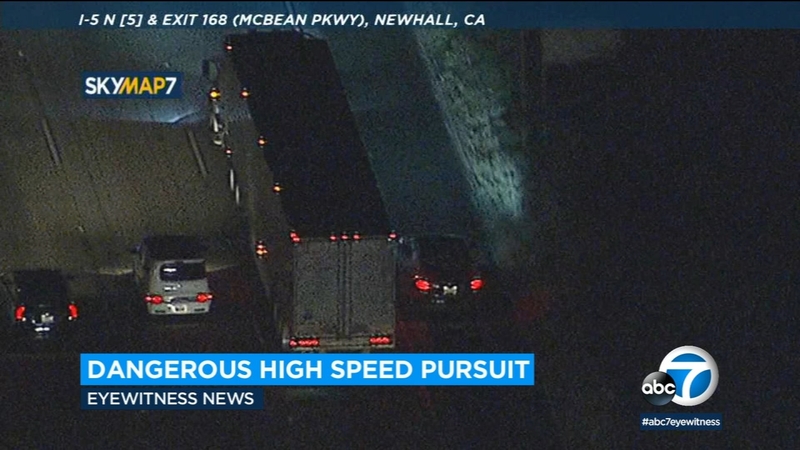 The chase began around 7:30 p.m. when Burbank officers were following suspects who were believed to have committed a burglary in Burbank, taking items including possibly jewelry and clothing.

The suspects refused to pull over and fled first on surface streets before jumping onto the 134 Freeway and then onto the 5. They first headed southbound and then exited and switched to the northbound side.

They were seen throwing objects out the window as they drove at high speeds, switching lanes and driving on the shoulder to evade capture.

The CHP took over the chase and at least a half-dozen CHP units were behind the suspects as they fled at high speeds, at times reaching 100 mph, into the Newhall pass and then toward the Grapevine.

They were taken into custody about an hour after the chase began.