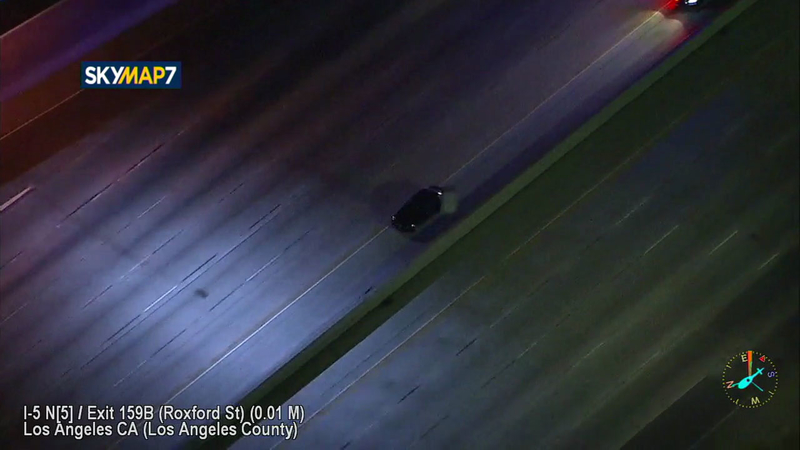 LOS ANGELES (KABC) -- Authorities arrested at least one person after chasing a reckless driving suspect through various freeways in East Los Angeles and into the Santa Clarita Valley Wednesday night.

The chase started around 10:30 p.m. on the westbound 10 Freeway in Baldwin Park. Authorities said the suspect was wanted for reaching speeds as high as 110 mph in the carpool lane.

Authorities said there were three occupants in the black Mercedes at the time.

The driver traveled onto the northbound 5 Freeway, reaching high speeds and weaving through light traffic.

The suspect continued driving at high speeds and eventually ended up in the Santa Clarita Valley. When traffic was not in front of the suspect, they continued to drive with their lights off.

Several California Highway Patrol units remained close to the suspect as the vehicle traveled toward the grapevine, which makes it difficult for helicopters to move through at night.

It was unclear if the driver was wanted on charges other than speeding and reckless driving.