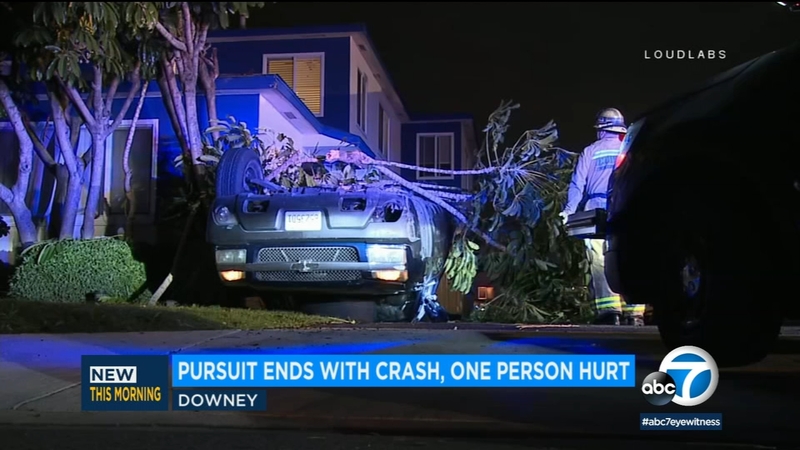 DOWNEY, Calif. (KABC) -- A driver was taken into custody after leading police on an apparent chase that ended with the suspect crashing into a home in Downey.

The crash occurred sometime around midnight Monday in the 10030 block of Wiley Burke Avenue. Video shows police in pursuit of the driver on a street before the crash.

The driver reportedly lost control of the vehicle and rolled over as the car hit the home. Aftermath from the wreck shows the overturned car with a tree on top of it and a wall of the structure damaged.

Debris was scattered inside the home.

One person at the scene had blood on his face and was hospitalized, but it was not clear if he was a resident of the home.