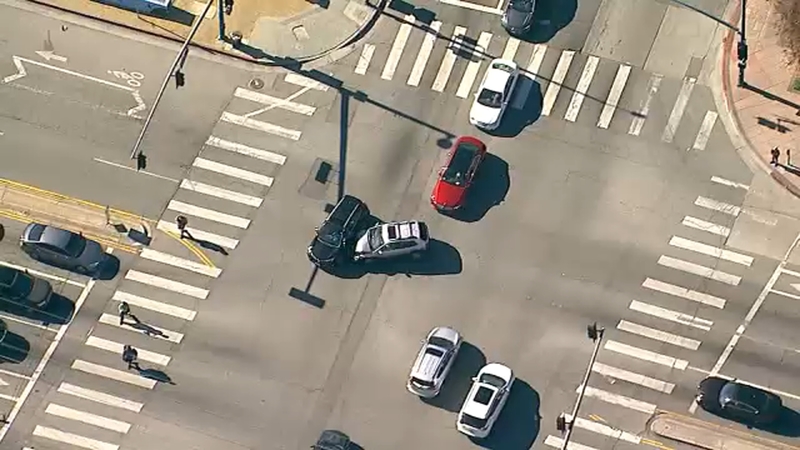 NORTH HOLLYWOOD, LOS ANGELES (KABC) -- A man was taken into custody at a North Hollywood supermarket Tuesday afternoon after a chase through the San Fernando Valley ended in a crash.

The pursuit made its way along surface streets in Burbank shortly before 12:30 p.m. and then headed toward the intersection of Magnolia Boulevard and Vineland Avenue, where the reportedly stolen SUV slammed into the driver's side of another SUV.

The suspect continued on even after the collision sheared off the front end of the vehicle.

The car limped into the parking lot of a nearby Ralphs supermarket, where the driver jumped out of the still-moving vehicle in an apparent attempt to flee on foot.

Los Angeles police officers took him into custody without incident moments later. He did not appear to be seriously injured.