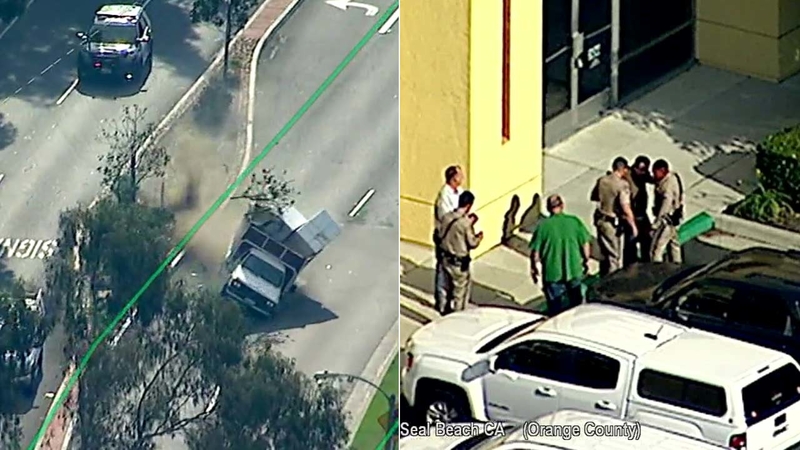 SEAL BEACH, Calif. (KABC) -- A suspect in a reportedly stolen vehicle led police on a chase in Orange County but was taken into custody after officers conducted a PIT maneuver.

Authorities said the pursuit initially began in the Compton area, where the suspect drove on the eastbound 91 Freeway at the 605 Freeway.

The suspect then drove into Orange County - going through Anaheim, then Stanton. When he made his way into Seal Beach, police conducted a PIT maneuver, which caused the suspect to drive over a median and then crash the vehicle.