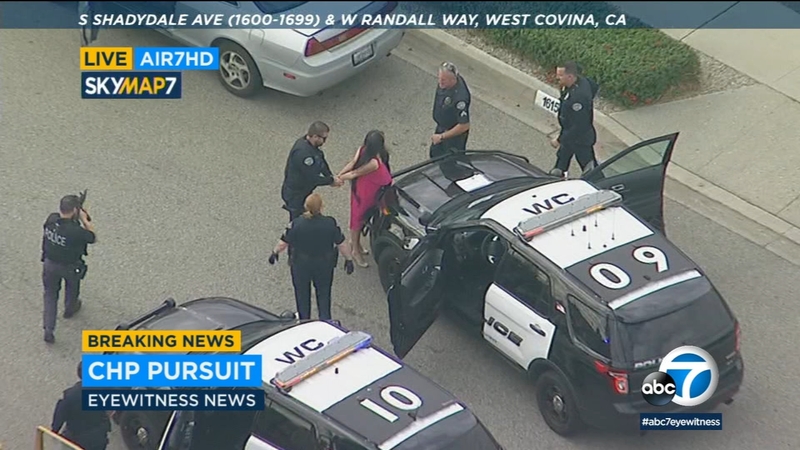 Driver surrenders in West Covina after leading authorities on chase

A driver wanted for hitting a CHP vehicle in West L.A. surrendered in West Covina after leading authorities on a slow-speed chase along the 10 Freeway Tuesday afternoon.

The pursuit of silver Honda began shortly before 12:30 p.m. in West Los Angeles the female driver sideswiped the patrol unit and took off, according to Sgt. Robert Ruiz with the California Highway Patrol. It's unclear if an officer was inside at the time or if anyone was injured.

The driver continued to drive at a steady rate of speed on the freeway with several CHP units following behind. The suspect exited the freeway in West Covina and continued driving on surface streets at even slower speeds, even adhering to traffic signals, before pulling over in a residential area near Shadydale Avenue and Randall Way.