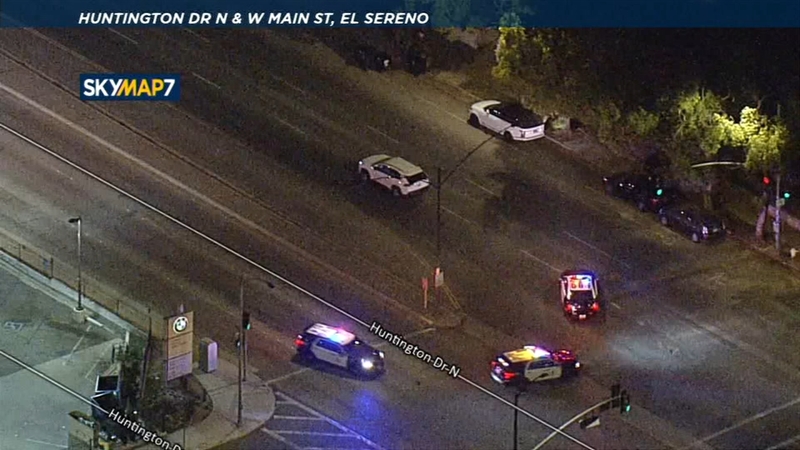 LOS ANGELES (KABC) -- Two suspects in a stolen SUV were taken into custody after a chase through Los Angeles Monday night.

AIR7 HD was over the scene around 9:10 p.m. as the driver was traveling on surface streets in East L.A. and then went onto the northbound 110 Freeway toward downtown.

Around 30 minutes later, the driver stopped on Huntington Drive in El Sereno and exited the vehicle alongside a passenger. Both surrendered without incident.

The Los Angeles Police Department said they were taken into custody on suspicion of felony evasion.

During the course of the chase, the driver at times would drive erratically - racing through neighborhoods and colliding with another car.

LAPD said the suspects were in a Toyota RAV4 that was stolen Sunday in City Terrace. In that incident, a person was shot and had the vehicle stolen.

It wasn't immediately clear if the two suspects taken into custody were sought in connection to Sunday's carjacking and shooting.