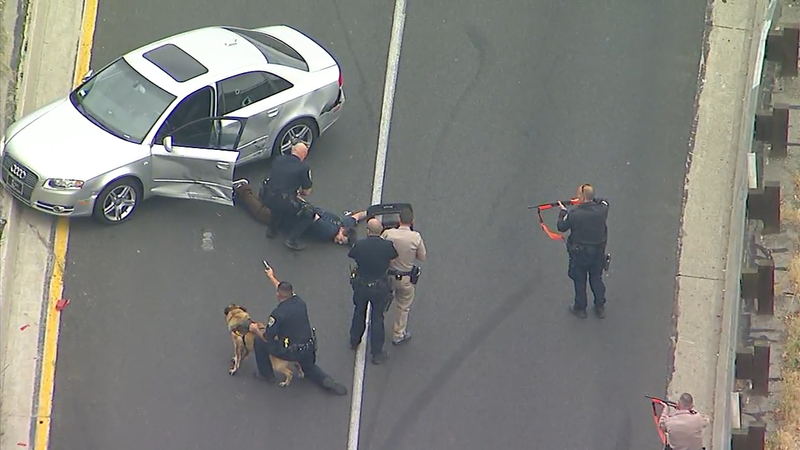 Santa Ana police began the pursuit of the Audi sedan just after 10 a.m. The chase went from the 405 Freeway in Costa Mesa to the 73 Freeway, then back to the 405 North to the 605 North.

Somewhere along the way, a passenger reportedly got out of the car. It was unclear if that person had been taken into custody.

Police unsuccessfully tried to pin the motorist involved in the chase, but the suspect continued to flee for more than an hour. The chase traveled on the southbound 5 Freeway after the suspect was on surface streets for a short time in the Santa Fe Springs and Downey area.

When the chase got into Bellflower, officers performed a PIT maneuver on Clark Avenue. The suspect eventually exited the vehicle after refusing commands at first. He was taken into custody without further incident at about 11:25 a.m.

The suspect's name has not been released.