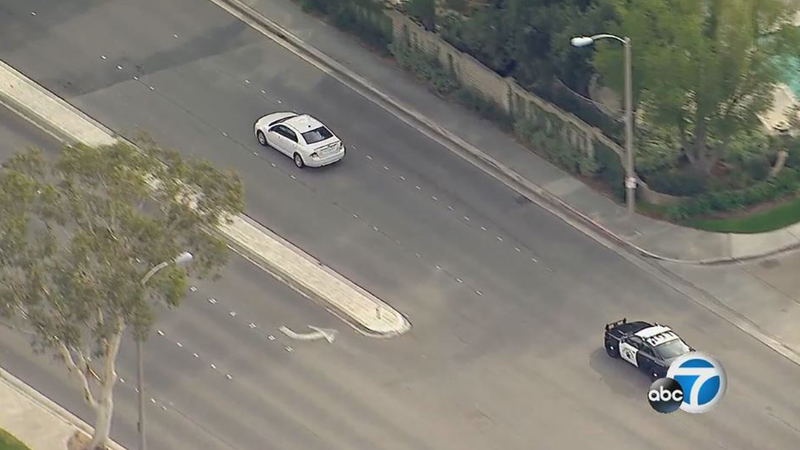 SANTA CLARITA, Calif. (KABC) -- The day after a driver led authorities on a chase through Orange and Los Angeles counties and escaped, she was involved in a second pursuit Wednesday morning that ended with a takedown by officers in Santa Clarita, officials said.

Los Angeles Police Department officers initiated the second chase, which involved alleged DUI and made its way through the San Fernando Valley about 10 a.m. The driver was also suspected of violating a restraining order.

Pursued by LAPD and California Highway Patrol officers, the white sedan sped along the 210 and 5 Freeways with intermittent sojourns onto nearby surface streets.

Shortly before 10:30 a.m., the suspect encountered a glut of traffic at a stoplight on McBean Parkway in Santa Clarita and was confronted by two CHP officers - one in a marked SUV and another on a motorcycle. The motorcycle officer reached into the sedan and pulled out the driver, who was then taken to the ground and handcuffed.

According to the highway patrol, the woman was involved in a chase Tuesday evening that began in Buena Park and continued into the Los Feliz area, where authorities called off the pursuit.