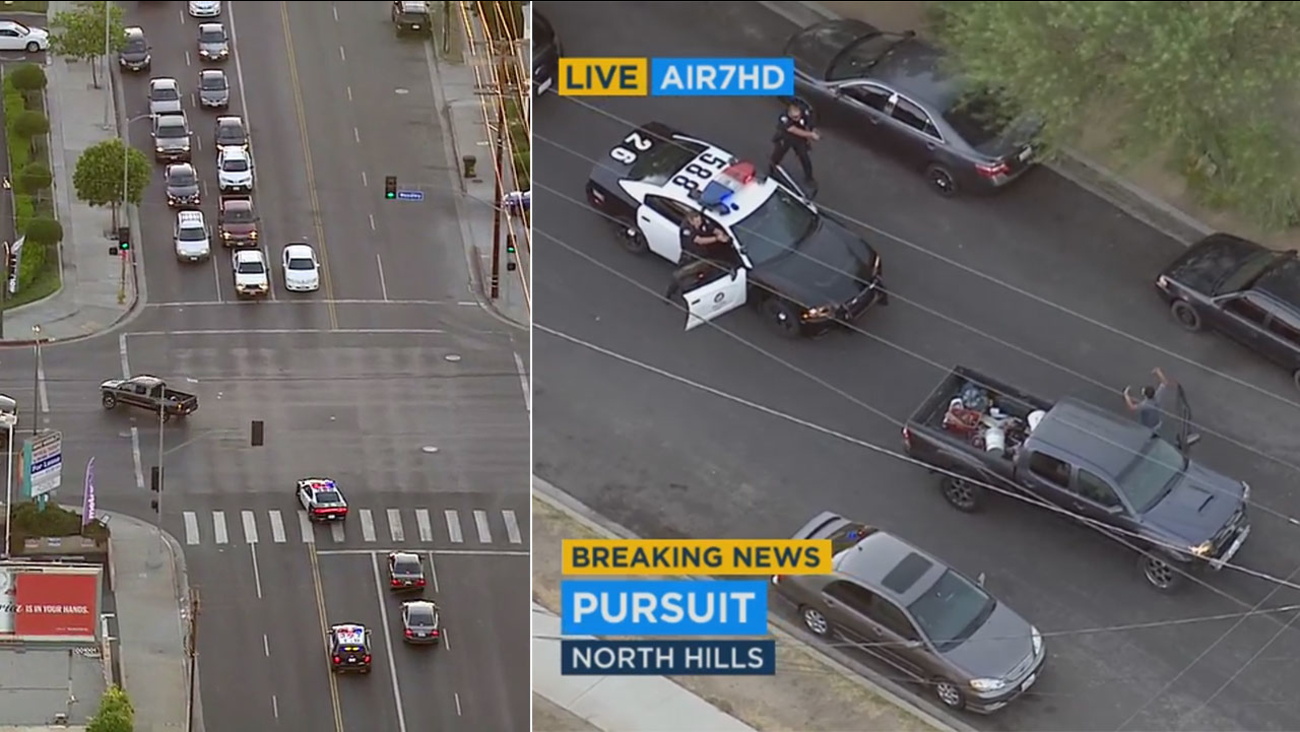 LAPD officers chased a possible DUI suspect in the San Fernando Valley through red lights before he surrendered in North Hills.

NORTH HILLS, LOS ANGELES (KABC) -- A suspect police believed may have been under the influence led officers on a chase through the San Fernando Valley, blowing through red lights and weaving through traffic before surrendering without further resistance in North Hills.

The chase started in Winnetka, near Saticoy Street and Winnetka Avenue shortly after 7 p.m. Wednesday.

The male suspect in a pickup truck led officers through several Valley communities, including San Fernando and Mission Hills, for about half an hour before pulling over in a residential neighborhood in North Hills and surrendering without incident.

During the chase, he appeared to run through several traffic lights and stop signs. He remained at moderate speeds through much of the chase, though near the end he picked up speed and appeared to be traveling in the 50-70 mph range.

The pickup had visible damage to its left front side and held construction equipment in its bed.