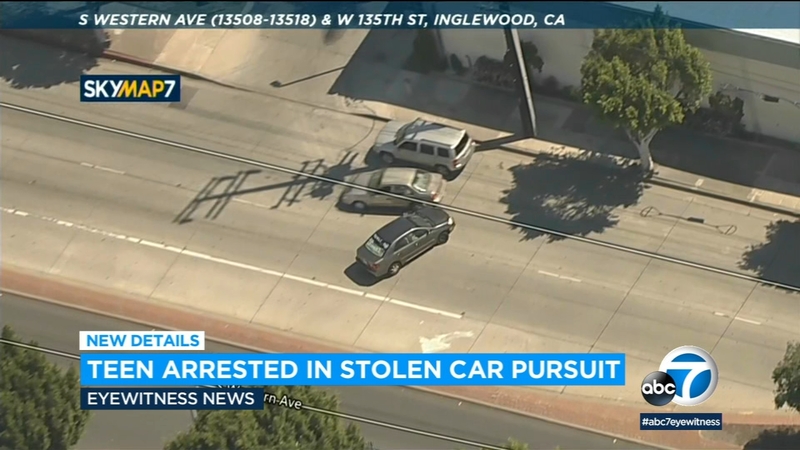 LOS ANGELES (KABC) -- A teen suspect was arrested after leading police on a high-speed chase in the South Los Angeles area Monday morning.

LAPD did not provide the exact age of the stolen vehicle suspect, only describing him as a teenager.

The pursuit began around 11 a.m. in the Inglewood area and continued onto the 105 Freeway westbound. Los Angeles police said the victim may have been injured while the suspect was stealing the vehicle, a dark-colored Toyota Corolla.

The suspect's vehicle collided with another car before slamming into a tree after an LAPD cruiser used a PIT maneuver in the area of West 135th St and South Western Avenue just after11:30 a.m.

The suspect quickly exited the vehicle with his hands up and was taken into custody without further incident.