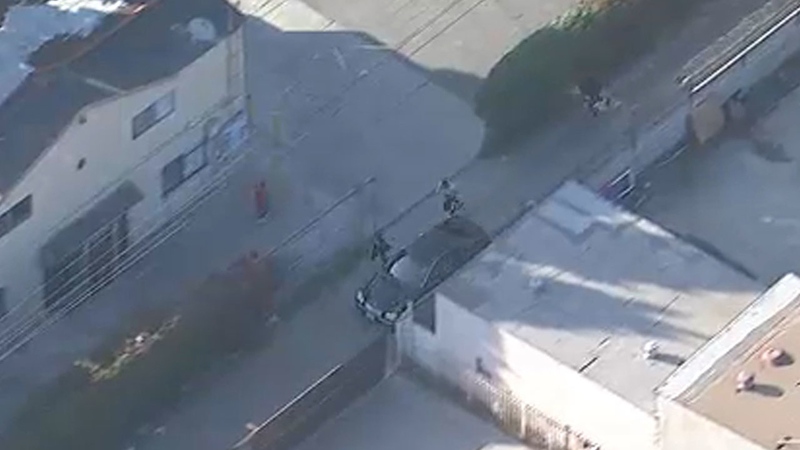 Three of the suspects jumped out and ran away on foot while the driver drove into an apartment building complex in South LA.

The chase started around 3:30 p.m. in the city of Industry. The residential burglary suspects in a black Mercedes sedan fled at high speeds through Hacienda Heights and onto the westbound 60 Freeway, with speeds at times approaching 100 mph.

They weaved through traffic, crossing multiple lanes at once before exiting onto surface streets, where they squeezed through narrow lanes and crossed red lights to continue evading capture.

They eventually wound up in the South Los Angeles area. They pulled into an alley and three passengers jumped out and ran off on foot. The Mercedes continued with just the driver, again driving fast and crossing red lights.

The Mercedes finally pulled into a parking garage of a building at 84th Street and Vermont. At that point, officers had gone into tracking mode, with air units following but no cruisers immediately behind the car.

Deputies were seen searching the area where the suspects had ran away on foot.

At least one suspect was seen being taken into custody but it was not immediately clear if all of them had been captured.