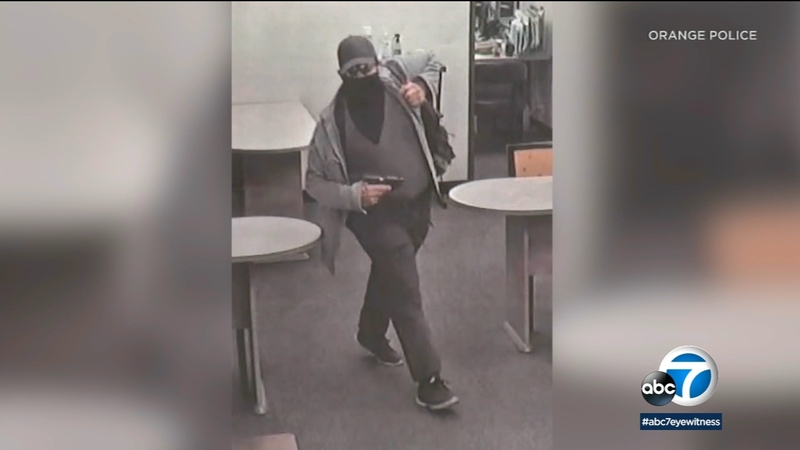 ORANGE, Calif. (KABC) -- Police on Wednesday backtracked after announcing the pending release of 911 call audio and officers' bodycam video from a shooting rampage at an Orange business that left four people dead, including a young boy.

"We will be hosting a press conference today ... at 11:30 am, to release additional details on the homicide & officer-involved shooting that occurred on March 31st," the Orange Police Department said in a morning tweet. More than an hour after the scheduled start time, a spokeswoman took to a podium at police headquarters and told reporters that the footage would not be made public.

"Moments ago, the Orange County district attorney, Todd Spitzer, notified our chief that the release of this video may impact the successful criminal prosecution of of the case," Lt. Jennifer Amat said.

Authorities say Aminadab Gaxiola Gonzalez targeted Unified Homes, the mobile home brokerage company in Orange, and had personal and business relationships with the victims. His estranged wife had worked in the business for more than 10 years as a broker assistant.

Before opening fire, the gunman chained shut the gates to two entrances at the office building, delaying police from getting inside, investigators said.

Family members later identified the victims as Luis Tovar, his daughter Genevieve Raygoza, Leticia Solis and 9-year-old Matthew Farias, who was found cradled in the arms of a wounded woman believed to be his mother.

Ismeralda Tamayo was the lone survivor of the shooting.

The shooting occurred nearly six years after Gaxiola pleaded guilty to misdemeanor battery, which should have put him on the list prohibiting him from owning firearms for the next 10 years. The list is used during the state's gun and ammunition background check process.

Two weeks after the mass shooting, police learned Gaxiola was not on the "Prohibited Persons List," though he might still have been blocked from buying a gun during a standard background check, Orange Police Lt. Jennifer Amat said.

Detectives were still working on tracing the Glock semi-automatic handgun and ammunition, she said.