Police investigating possible kidnapping in Riverside near a Starbucks

KABC
By John Gregory and Rob McMillan
RIVERSIDE, Calif. (KABC) -- Riverside police swarmed a Starbucks to investigate a possible kidnapping after a witness said he saw several men pulling another man into a gray van.

Dennis Gray works at a business in the parking lot in the 3700 block of Arlington Avenue. He said he was in the lot around 8:30 p.m. Wednesday when the crime happened.

"I was working at night and I heard somebody outside yelling and screaming and hollering. So I ran outside and there's a van parked kittycorner in the parking lot. They had the door open and there's a guy trying to push somebody's feet in. When I got up there, and looking inside the van, there was four guys inside the van and the guy they were pushing in was laying across the guys in the backseat who were trying to pull the guy in," he said.

Gray said because there were so many guys around, he did not get involved. But he asked one of the men what they were doing.

"He said, 'Well we're going to take this guy to the police department because he raped my sister.' And I'm thinking that doesn't sound right and I've got this lady in the corner yelling and screaming, 'Help him! Help him!'" he said.

Gray said he ran back inside to grab his phone, to shoot video and maybe get a license plate, but by the time he came back they were gone.

"All I could say was that they were all Hispanic. They had dark hair and brown eyes. That's all I can say. It happened so fast," he said.

Police collected what might be a piece of the vehicle is evidence and are looking into possible blood evidence on the pavement.

Authorities said there are at least two witnesses to the kidnapping. They are going to try and get surveillance video from surrounding businesses. 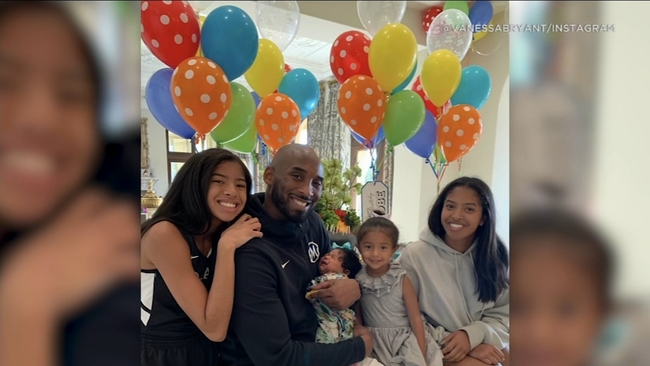