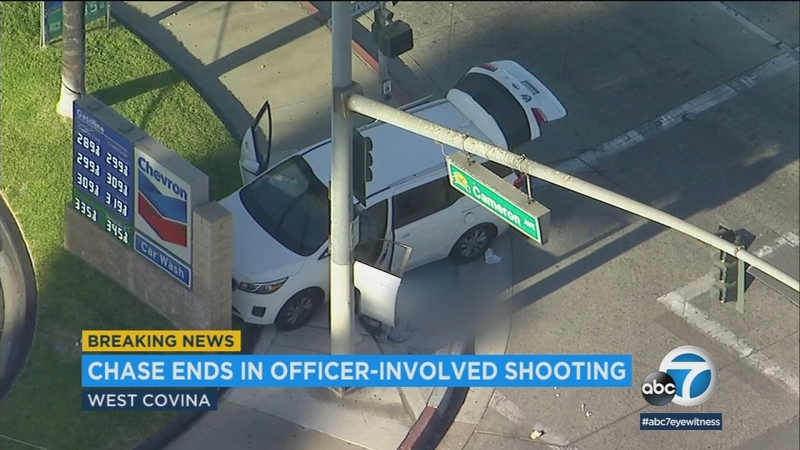 No West Covina police department officers were harmed in the incident, which occurred about 1:40 p.m. in the area of Glendora and Cameron avenues, according to the Los Angeles County Sheriff's Department.

Police were responding to a report of a burglary at a home in the 1400 block of Delhaven Avenue when they spotted a white minivan that matched the description of the suspects' vehicle, a news release said.

The officers attempted to pull over the minivan, occupied by a driver and two passengers.

"During the traffic stop the vehicle drove away and a short vehicle pursuit ensued," the sheriff's statement said, adding that the two passengers jumped out during the chase and were arrested.

The driver allegedly continued on before stopping as an officer attempted to contact him.

"When the officer attempted to make contact with the occupant of the suspect vehicle, an officer-involved shooting occurred," striking the driver once in the upper torso, the news release said.

After the shooting, the vehicle continued moving south on Glendora Avenue and came to a stop on a sidewalk at Cameron Avenue.

According to authorities, the driver was transported to a hospital in unknown condition.