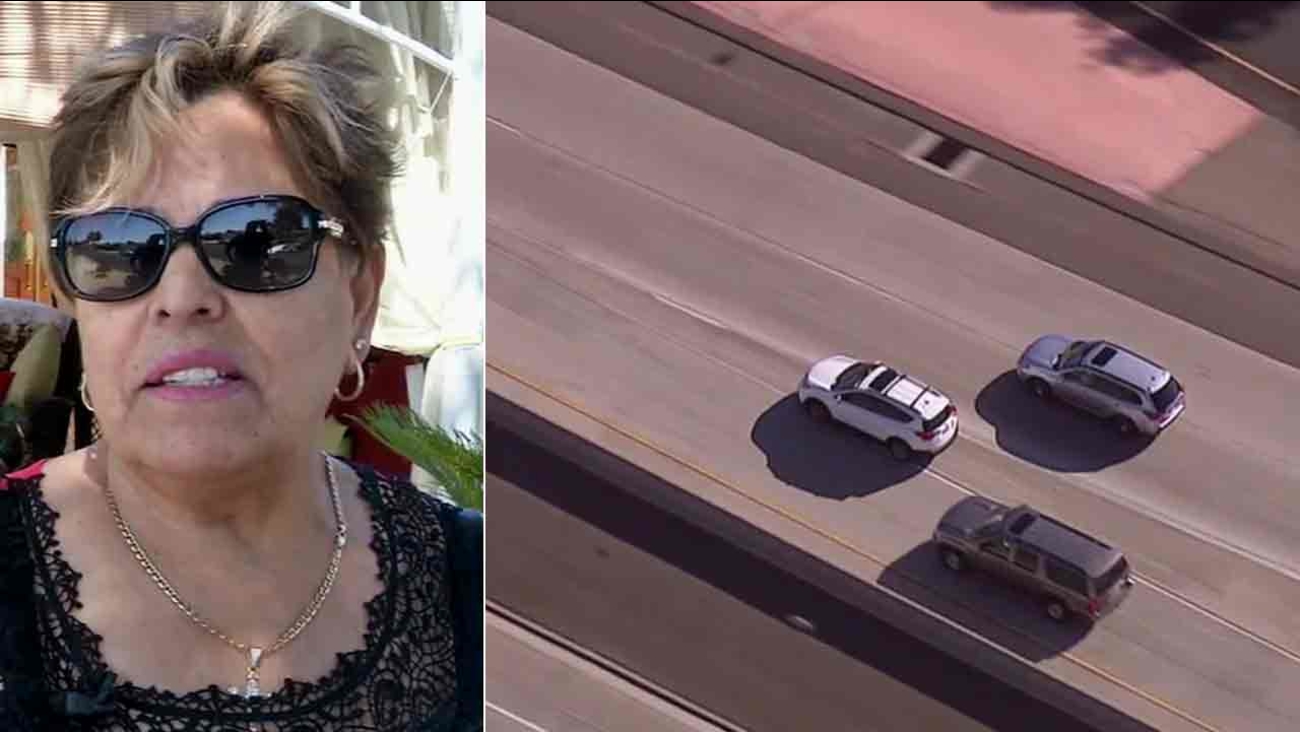 Maria Valadez, the owner of a stolen vehicle involved in a high-speed chase, recounts seeing her SUV on television Friday, Sept. 16, 2016.

SANTA ANA, Calif. (KABC) -- A woman was recounting watching her stolen SUV in a high-speed chase throughout Orange County, and police were still searching for the suspects who got away.

AIR7 HD followed closely as the driver of a Toyota RAV4 led police on the pursuit Thursday afternoon.

"They were watching channel seven, the news, and I was ready to go to work, and they called me. They saw my car on the freeway," Valadez, the owner of the stolen SUV, said.

Police confirmed the car, going 90 mph at times, was hers.

Valadez said someone stole her keys from her work at an office building at St. Joseph's Hospital in Orange nearly two weeks prior to the chase.

"It was hard to believe. I see a lot of stuff happening on TV, but I never thought I would see my car there," Valadez added.

"Mom! That's your car!" Owner of stolen car used in high-speed pursuit watched just like all of us! 4:30 on @ABC7. pic.twitter.com/XYKCDtvk7s

The male driver and female passenger eventually pulled into a parking structure at Saddleback Memorial Medical Center in Laguna Hills.

Police said the suspects ditched the car, and while authorities launched a search of the huge property, they were never found.

"There will be fingerprints in that vehicle. There is DNA in that vehicle, and it just made more sense to shut it down," said Cpl. Anthony Bertagna of the Santa Ana Police Department.

Valadez got her SUV back from impound on Friday after police confiscated several stolen items in the back.

Officers also saw the suspects smoking a meth pipe during the chase, and the pipe was recovered, police said.