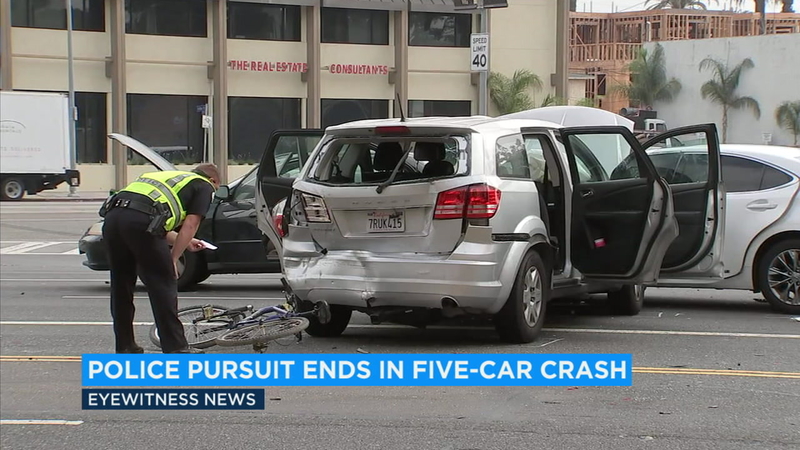 Los Angeles police said they were in pursuit of a stolen pickup truck. One of the suspects was taken to the hospital for minor injuries.

The crash happened at the intersection of Lincoln and Manchester, and five vehicles were involved. The chase began in Venice at about 7 a.m.

The vehicle the suspects were in was reported stolen from Bakersfield. No information was disclosed if the suspects are from that area.

One victim was taken to the hospital with minor injuries, but no serious injuries were reported.

Bicycles in the truck were also recovered, and police said they may be stolen.