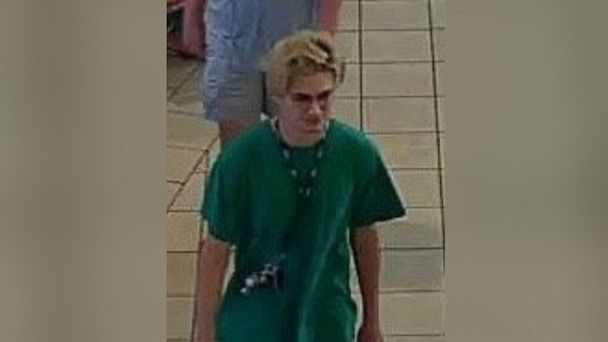 ABCNews
By JON HAWORTH
Police in Houston released an image of a suspect they say caused a stampede at a Houston-area mall on Sunday when he jumped onto a table in the food court and declared he was going to kill himself.

The picture tweeted out by the Houston Police Department early Tuesday shows the suspect appearing to be a young white male with blond hair wearing glasses and a green T-shirt.

"Of course, at this point we had chaos. People started fleeing," Heap added.

The authorities said at the press conference that the picture of the suspect would be released after the criminal intelligence division had a chance to review it first.

"We will probably be able to get a lot of help and feedback from the public as far as being able to identify the suspect," said Heap. "We are looking forward to that."

Assistant Chief Sheryl Victorian made a sharp statement at the end of the press conference when asked if this incident could have been a prank.

"I have no idea if it is a prank or not but it is not a prank to us. This is very serious," she said. "We are going to treat it as a terroristic threat. Especially on the heels of what is going on around our country and what has recently happened in the state of Texas."