"Blood would have been flowing down the halls of the Capitol" if the people who stormed the Capitol were mostly Black, Rep. Karen Bass said.
KABC
By Porsha Grant, Nzinga Blake, Mariel Myers and Stephen Nitz 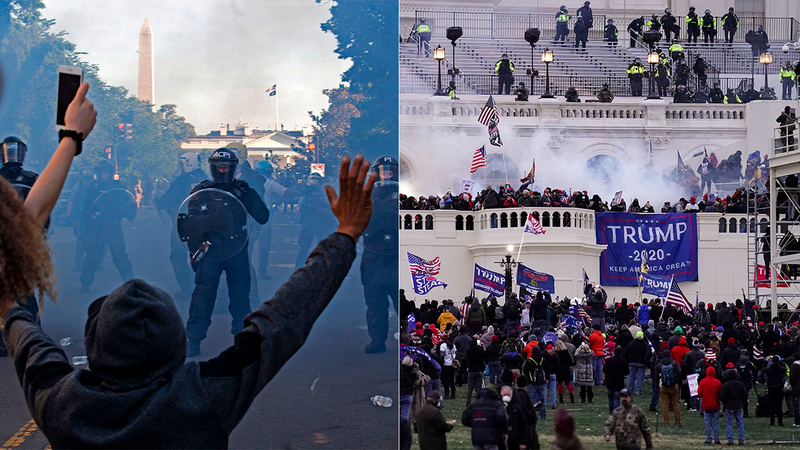 WASHINGTON -- A growing chorus of Black political and civic leaders is calling for an investigation of federal, state and local law enforcement agencies' response to Wednesday's mob attack against the U.S. Capitol.

Hundreds of President Donald Trump's supporters went on a deadly and destructive rampage in the building as lawmakers were certifying results of the 2020 presidential election. The leaders say if the rioters had not been mostly white, the response would have been violent and bloody.

"Part of my anger was the idea that if that had been a protest over police brutality with a large number of African Americans, I believe blood would have been flowing down the halls of the Capitol," said Democratic Rep. Karen Bass, of California.

National NAACP President Derrick Johnson saw the law enforcement response as another stark example of why the Black Live Matter movement is so critical and crucial.

"It goes to the question of structural racism: how our systems have been structurally designed to determine who matters and who doesn't matter," he said. "In this case, the law enforcement agency is saying that individuals -- Black, white, young, old, male, female -- who were protesting in the street this summer around a rallying cry for justice, their lives don't matter."