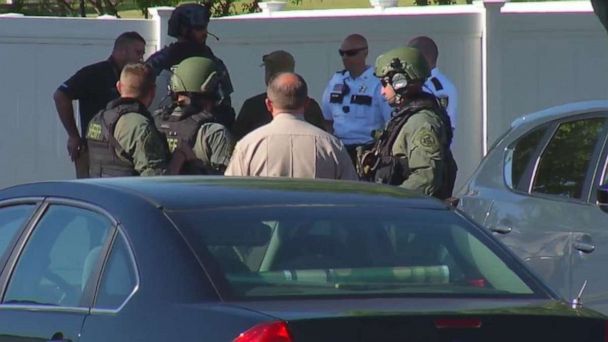 A 30-hour standoff involving Wright County sheriff's deputies and a suspect carrying a rifle came to end when authorities stormed the home in St. Michael, Minnesota, on Wednesday night.

The standoff began after the sheriff's office received a complaint that a man and woman were verbally arguing and the man was carrying a rifle.


The sheriff's office said it received the gun complaint at 12:37 a.m. on Tuesday regarding a domestic situation. The residence then remained under surveillance until emergency response units arrived at approximately 2:50 p.m. on Tuesday. Authorities were on the scene into Wednesday night, according to the sheriff's office.

Police identified the suspect as 39-year-old Brandon Gardas. He has active arrest warrants for domestic assault and possession of a firearm by a convicted felon, according to the sheriff's office.


He was airlifted to an area hospital and his condition is unknown. No police officers were injured.

Police said the area surrounding the home will remain secured for investigative purposes and asked the public to stay away from that area. Earlier Wednesday, police had told people in the immediate vicinity of the home to evacuate due to the "volatile nature" of the incident and said they rerouted several roads in the area for public safety.
Report a correction or typo
Related topics:
abc newsnational
Copyright © 2022 ABC News Internet Ventures.
TOP STORIES
Girl dies after falling from moving SUV on freeway near Santa Clarita
Girl, 11, dies days after ATV crash that killed boy in Apple Valley
Man hit boy with truck and posed as cop to try to kidnap him: LAPD
8-year-old girl injured on Six Flags ride by flying cellphone: Family
SoCal gas prices drop again following 17-day streak of increases
Couple opens up about freeway shooting as bullet shoots through car
More than 90 'ghost guns' seized by deputies in Palmdale, LASD says
Show More
Here are the propositions Californians will vote on in November
Cool pavement coating aims to combat heat in Boyle Heights
1 dead in Pasadena stabbing; suspect detained after Target evacuation
Some employers offering 'pawternity leave' for workers
LAPD asks public to help identify murder suspect, woman seen on video
More TOP STORIES News